Press release:  PDF and Somali Diaspora community are concerned the new Federal Government might not safeguard the integrity of the Federal Constitution of Somalia.

To: Somali Government and the International Community

Members of Puntland Diaspora Forum PDF around the world welcome the recognition by the American government given to the Somali Federal government as a step in the right direction to let Somalia back onto the international stage and see it as the beginnings of a partnership between Somalia, the United States Government and the rest of the world, including international financial aid agencies to rebuild our country.

Members of Puntland Diaspora Forum (PDF) around the world have welcomed the election of the current President Hon. Hassan Sheikh Mohamud, his Cabinet, the Somali Parliamentarians, and the process that ended the country’ status as a transitional government.

All Somalis in the Diaspora and in the homeland were enthusiastic and optimistic about the future of Somalia, and were ready to support the new government to lead the country to a new era of peace, true reconciliation and development.

PDF and its members are glad to see the quick decrease of wanton destruction of human life, piracy activities, human smuggling and other crimes that blighted Somalia for the past 20 years. This improvement came through the combined efforts of the Federal, local administrations, including Puntland State, but mainly through the military and material support from the International Community.

It is possible that many Somalis living in Somalia have lost the conceptual or personal experiences of an effective and peaceful Somali State, especially in terms of democratic institutions, good governance and the requisite qualities of national leadership.

Despite the chaos that has reigned in Somalia for the last two decades, the TFG and the Internal Community managed to draft a, new Roadmap in (2010) to timeline the way forward. A draft Constitution (2012) was ratified through a series of intense collaborative processes involving the Federal Transitional Government, the Regional States, and other Somali stakeholders.

Implementing the principled outlined in these documents as agreed by all these stakeholders was to provide a tangible basis for the way forward and to outline opportunities for reconciliation on divisive issues.

However, PDF and other Somali Diaspora communities now have serious concerns about the direction the new Federal Government seems to be embarking on a direction quite different from that mandated in the ratified agreements.

For instance, recent remarks made by the new President hinted at his intention to revisit the agreed upon Constitutional principles with respect to central aspects like land and regional autonomies.  Any Mogadishu-centric such an attempt would undermine or undo the significance of the ratified Draft Constitution, which is the most important political achievement in Somalia’s recent history.

PDF does not and would not support any political acrobatic maneuvers or actions that would jeopardize or weaken the relationship between the regional states and the Federal Government; therefore, we urge the Federal Government, Regional Administrations, with the assistance of the International Community, to safeguard the integrity of the Federal Constitution of Somalia and the fundamental principles agreed upon by: 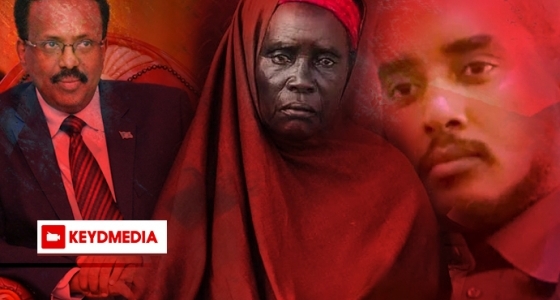