Sayidomar Yasin Sheikh — The Somalia’s conundrum, solving it, determines who to win and who to fail in spreading the government suit to all over Somalia, the nub of the Somali’s problem, some got trapped in it to death, others skillfully unraveled it but could not maintain the result to the end!, still the perfect testing ground for any Somali policy driver – Mogadishu, the riddle which challenged the whole world.
Editorial Keydmedia Online
29 May 2014 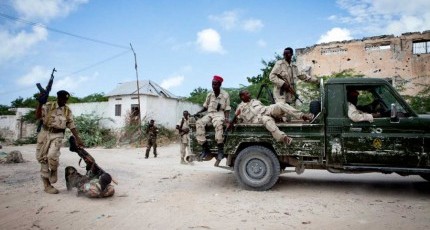 It is Somalia’s capital and the most populated city by far, once, the only city in Somalia with modern city standards, well known for its clean and beautiful beaches, tourist-friendly and luxurious hotels. At that time, Mogadishu had emerged as a perfect contender for hosting many regional and international platforms and it had successfully won the hearts of its citizens living both in and outside the country; triggering unremitting waves of people to pour into the city day after day.

Perhaps not surprisingly, because it was where nearly all government non- basic services - from citizenship documents to higher education - are provided due to the highly centralized nature of that day government.

In addition to that, the city hosted the only national higher education institute at that time, namely Somali National University (SNU), which necessitated for all citizens to take a must-go tour to Mogadishu for attaining a university degree, if they are at all lucky enough to complete the prerequisite conditions or procedures, and to see Mogadishu’s magnificence and beauty.

To make it short, the city had been portrayed as clear indicator of how the previous governments had owned the potentiality to produce a well governed and enriched modern day city which in turn gave them the image needed to bring other cities under their clouts.

The good days never lasted, and the outbreak of Somalia’s agony has blown up back in 1991, the very year that made Mogadishu turn into opposite; the city has emerged as a battlefield for every agitated predator. Its lucky days turned into misfortune, its beauty and cleanness into hideous and dirtiness and above all, its reputation as world class city deteriorated to zero. All media started their skillful hunting of current day photos of Mogadishu, depicting it as the ideal example of ghost and scary city. Needless to say, the disastrous consequences of the endless civil war which relapsed on and on, finally putting Mogadishu on the verge of the deathbed.

Sooner, Mogadishu evolved as the puzzle which caused many Somali transitional governments to fail, the ailment which resisted any form of antidote and caused all the products of previous countless reconciliation meetings backed by the international community to fail miserably. Some of those transitional governments ended their lifespan trapped in Mogadishu while others prematurely gave up the ghost due to the complexity of the task at hand and their venal and incompetent leaderships.

Given its dense and mixed population; almost every clan or any political-band known in Somalia has some form of presence in Mogadishu, one of its distinguishing attributes from other cities in Somalia which are mainly known for their relatively smaller and homogenous inhabitants and given its position in Somalis hearts, Mogadishu was and will be the litmus test for how competent is the current leadership, in producing co-living and cohesive community and bringing  the long waited peace and development for Somalia.

However, Mogadishu became the key and most resource-rich city directly under the current government’s authority, while Somali people are impatiently waiting to see Mogadishu with its previously known reputation, and considering that as a worthy assignment for the government to prove its effectiveness.

Tired of the outspreaded anarchy, chronic poverty, and persisting insecurity, today’s Mogadishu is pleading for a different solution. Not just a solution for itself, but solution which will make all other Somali cities admired and tempt them to fully realize the competence of the current leadership on the driving seat and consequently expand the government’s authority to all over Somalia.