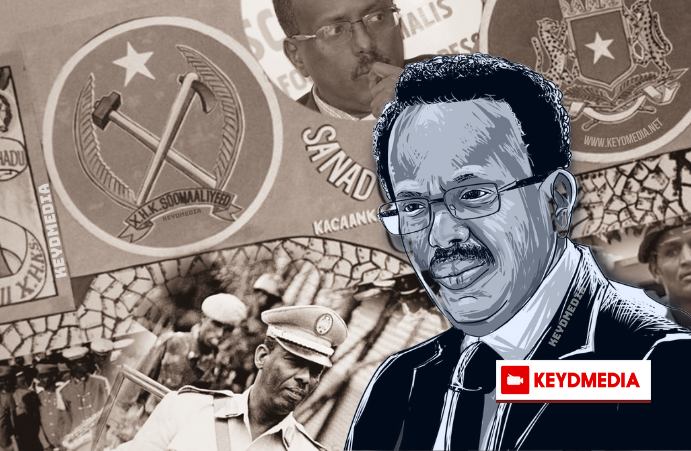 It had rebuilt its security forces, judiciary, and other vital state institutions. And it had revived a dormant democratic tradition dating back to the 1960s: since 2000, when the Somali federal government was reestablished, four consecutive presidents had peacefully transferred power. That tradition was disrupted last year, when President Mohamed Abdullahi Mohamed, known as Farmaajo, illegally extended his mandate by two years, triggering some of the worst violence in years and imperiling Somalia’s hard-won democratic gains.

Mohamed’s power grab was met with near-universal condemnation. The opposition, foreign governments, and even the president’s own prime minister all rejected the unilateral extension of his term. Under intense domestic and international pressure, Mohamed agreed on May 27, 2021, to hand over responsibility for elections and security to Prime Minister Mohamed Hussein Roble, but soon reversed himself and canceled the deal altogether. On December 27, 2021, his forces stormed Roble’s office and attempted to put the prime minister under house arrest—a move later condemned by Somalia’s Council of Ministers as an attempted coup.

Mohamed now appears intent on remaining in office indefinitely. As a result of the chaos he has sowed, the electoral commission has missed multiple deadlines for completing parliamentary and presidential elections. Less than one-third of the 329 seats in Somalia’s bicameral Parliament have been filled so far in a process that is widely considered flawed, and preparations for the presidential contest, in which I am running, have been delayed as well.

Meanwhile, the al Qaeda-affiliated militant group al Shabab has exploited the political disfunction in Mogadishu to extend its control over much of southern and central Somalia. Unless the United States, the European Union, and other international partners of Somalia dial up the pressure on Mohamed to abide by the May 27 agreement, he will continue to put his own interests ahead of Somalia’s, undoing the fragile progress of the last two decades and risking a return to civil war.

Since 2000, Somalia has been the only country in the Horn of Africa to hold regular indirect elections and to conduct peaceful transfers of power. This democratic tradition dates back to the nation’s founding father, Aden Abdulle Osman, who, in 1967 became the first African leader to lose and concede an election to his rival, Abdirashid Ali Sharmarke, earning Somalis the nickname of “Africa’s first democrats.”

But Somalia’s early experiment with democracy was short lived. In 1969, the military commander Mohamed Siad Barre overthrew the democratically elected government and led a brutal dictatorship for more than two decades before being ousted by rebels in 1991. Ten years of disastrous civil war followed before a national reconciliation conference lead to the formation of a transitional government and the adoption of a democratic constitution. Although enormous peace- and state-building challenges remained, Somalia’s nascent democracy was growing steadily.

In 2012, parliamentary and presidential elections were held inside Somalia for the first time since 1967, and I was elected president. The electoral process was indirect: 135 clan elders voted for members of Parliament, who then voted for the president. Four years later, I organized more inclusive elections that saw nearly 15,000 people elect 329 members of the bicameral Parliament, who in turn elected Mohamed as my successor.

But instead of deepening Somalia’s democratic tradition, Mohamed systemically dismantled the democratic institutions that were painstakingly established over two decades. In 2018, he removed the speaker of the lower house of Parliament, Mohamed Osman Jawari, to avoid oversight by the legislative branch. It was an unprecedented move that paved the way for widespread power abuse and corruption across the federal government and in the governments of some of the country’s new regional member states, where Mohamed has installed his allies as presidents in three out of the five recognized state governments.

Mohamed has also been using Somalia’s security forces to secure his regime at the expense of state security and the rule of law. Troops who were trained and equipped by the European Union, Turkey, the United Kingdom, and the United States have been deployed against the president’s rivals instead of against al Shabab. As a result, the militant group has recaptured substantial territory over the last five years. In December, al Shabab briefly captured the town of Bal’ad, 20 miles north of Mogadishu, further tightening its noose around the capital. Today, the group controls nearly all of the major supply routes across southern and central Somalia, enabling it to collect more in taxes than the federal government.

By all accounts, the militant group has regained strength over the past five years and is positioning itself as an alternative to the federal government, just as the Taliban did in Afghanistan. Although the vast majority of Somalis don’t want to live under the group’s brutal rule, they are exhausted from decades of endless war. Instead of focusing on defeating al Shabab and bringing peace to Somalia, Mohamed’s government has prioritized consolidating political power, even as the militant group is steadily extending its authority across the country.

The attempted coup in December was the last straw. Once again, the domestic and international reaction was swift and forceful, with all sane minds agreeing that no one should be allowed to ruin the hard-earned gains of the last 20 years. But the rebuke has been ignored. Mohamed is still using the army to undermine the prime minister’s efforts to steer the country back toward an electoral process that is acceptable to all parties. It seems the president will do anything to stay in power, even if that means holding the country at gunpoint.

Although Somalia’s international partners have condemned Mohamed’s most outrageous power grabs in recent weeks, they largely acquiesced to his systemic assault on democratic norms over the last five years. This uncharacteristic deference to the Somali president is no doubt the result of his administration’s intimidation of Western donors and other partners. In 2018, Mohamed’s government expelled the top UN official in the country, Nicholas Haysom, for mildly criticizing its heavy-handedness in a local election in one of the regional states. The move sent shivers through the diplomatic community, which has since handled Mohamed’s government with kid gloves. In one especially egregious case, the U.S. embassy endorsed the outcome of a rigged local election even before the federal government, which had done the rigging, could congratulate itself.

Continued international deference will only embolden Mohamed, who is drifting in the direction of the region’s most authoritarian rulers. With Ethiopia mired in civil conflict, Sudan struggling to find a path to democracy, and South Sudan facing a hunger crisis and continued instability, the region is already deep in turmoil. Prior to the current crisis, Somalia had been managing its political transitions better than all of these countries. And with the help of its partners, it still has time to correct course.

No one wants to see the country slide back into the chaos of the past. Somalia’s international partners must therefore redouble their efforts to prevent Mohamed from derailing the electoral process. Most important, they must pressure the president to abide by the provision of the May 27 agreement that grants the prime minister control of the country’s security services. Time and again, Mohamed has demonstrated that he will use these forces as a private army to attack his rivals and even his own prime minister.

There is no doubt that the electoral process to date has been marred by deep irregularities and widespread rigging. But further delays are not the answer—corrective measures are. In recent weeks, a National Consultative Council led by the prime minister has sought to build consensus around an electoral process that is acceptable to all parties. To ensure a free and fair vote, however, this council should consult with the Council of Presidential Candidates, which includes all of Mohamed’s challengers. Moreover, civil society—including women and youth groups, who form the backbone of our community—must be allowed to contribute to the process of amending flawed electoral processes, including limiting the power of regional presidents to block certain people from running for office.

The time has come to address the obvious flaws in the electoral process, and then to move swiftly to hold an election. Somalis deserve to choose a new president by February 8, 2022, the first anniversary of Mohamed’s illegal extension. Doing so will send a powerful signal to the younger generations that no one can stay in power beyond their constitutional term.