Mohamud M Uluso - The purpose of this article is to provide rationale and guidelines for the adoption and implementation of “Clan Based 2016 Electoral Model” as the better option between the four Electoral models suggested by Somalia National Consultative Leadership Forum (SNCLF). 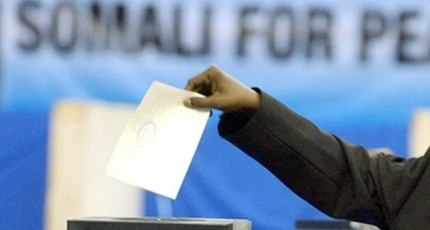 The four electoral models are: (1) Political Party Representation, (2) Regional State (Federal Member State) Representation, (3) District Representation, and (4) Clan representation. The other three models requires the existence of well-designed legal framework, reliable institutions, voter registration, and extensive civic education to fulfill the tasks of pre-election, election, and post-election periods. But, none of these tasks has been undertaken.

In reaction to the cancellation of 2016 free and fair election “one person one vote” and the decision not to go back to the flawed 2012 selection process made through 135 traditional leaders, the Somali people faces the challenge of agreeing on an alternative electoral model for the election of 275 members of the federal parliament. The proposed four models suggest an “electoral caucus” which means that each Member of 2016 Parliament will be elected by at least one hundred voters.

The 4.5 clan formula used since 2000 has coped reasonably with the social friction and stabilized the power contest between Somali Communities. It is seen as the less harmful model while the other three electoral models are susceptible for manipulations and not suitable for political inclusion. The deficiencies and non-suitability of other three electoral systems emanate from the fragmentation and polarization persisting among Somali Stakeholders.

The 2016 clan based electoral model allows all sub clans represented in the 2012 federal parliament to democratically elect rather than select their representatives. Each of the four clans - Dir, Darod, Digil and Mirifle, and Hawiye will elect 61 deputies, while the fifth clan will elect 31 deputies. The breakdown of the members of parliament to be elected by each sub clan constituency is shown in the table below.

The distribution of MPs within five clans and sub clans is complex and not without grievances. As caveat, each clan may reconsider the distribution for compromise and harmony. However, the responsibility of reaching consensus on the matter should remain within each clan.

Unquestionably, the clan plays a central role in the Somali society in terms of identity and allegiance. While Somalis are proud of their Somali identity, clan identity, which is part of the Somali culture, provides individual inclusivity and protection. Clan identity is also the stepping stone for national reconciliation and peacebuilding.

Within the clan community, the traditional leaders exercise influential role and are promoters of peace and social coexistence. They are beholders of custom and norms, and enforcers of agreements. Despite the existence of the federal government and interim regional administrations, clan elders are first responders to any intercommunal violence and they always succeed in bringing down tensions and differences. 75% of Somalis trust the traditional system for conflict resolution compare to federal government institutions because of the pervasive corruption. Hence, traditional leaders including religious leaders and influential elders are able to responsibly lead the electoral process.

But before going into the discussion of the practical guidelines, it is important to underscore critical assumptions, precondition measures, and guiding principles that would enhance the legitimacy and integrity of 2016 election and improve the success of statebuilding and peacebuilding.

In partial amendment to the guiding principles published by the SNCLF, the 2016 electoral process must satisfy the following Guiding Principles:

In partial amendment to the guiding principles published by the SNCLF, the 2016 electoral process must satisfy the following Guiding Principles:

1.     2016 electoral model process must be vetted by Somali Experts on election and politics, and it must be agreed by legitimate and well-versed representatives of the people of Somalia. The format used for the Consultative process on electoral models was superficial, non-substantive, and far from best practices of electoral consultation.

2.      Representation of the diverse constituencies of the people of Somalia must consolidate territorial integrity, unity, and public interest.

3.     2016 Electoral process shall be sub clan constituency-owned, constituency-led process in terms of management and dispute resolution. The voters or members of the electoral caucuses will be selected in accordance with constituency custom and norms.

5.     Clan based electoral process will adhere to the democratic electoral principles of accountability, transparency, and fairness.

Guidelines for the implementation of clan based electoral model:

The table below shows the competitive parliamentary seats assigned to each sub clan constituency under the 4.5 clan power-sharing formula.

The Somali people is distressed by uncertain future and the mismanagement and manipulation of 2016 election would worsen the situation. The clan based election model serves primarily not to deteriorate further the problematic situation. 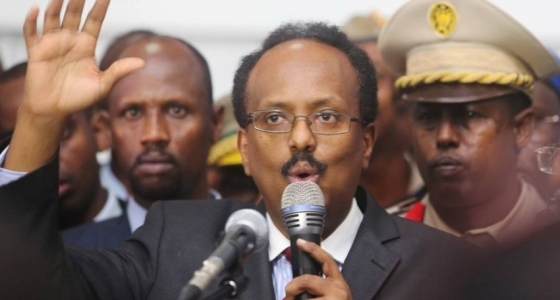