The high level of political antagonism, public agitation, insecurity, and fear for violence afflicting Somalia demand the immediate resignation of President Mohamed Abdullahi Farmajo as the right option before Somalia falls apart. The most important task for all Somalis and international Partners is to defuse with urgency the current turmoil that is getting worse by the day. 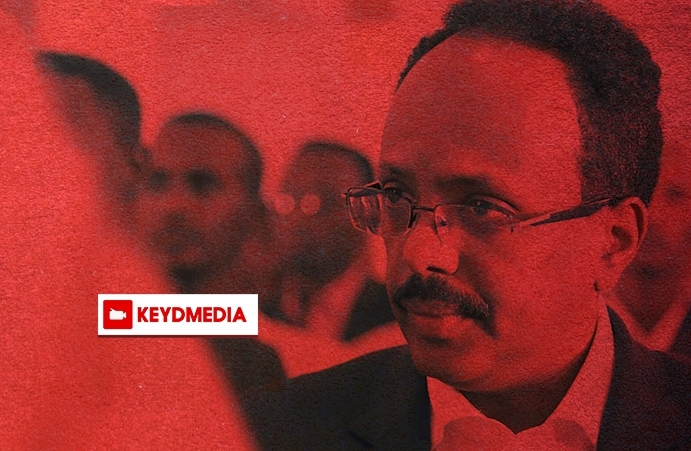 After four years of political and security disaster for abusive government, economic decline, high casualties and destructions for the attacks of emboldened terrorist groups, subjugation of the federal member states (FMS) by the federal government (FG), state election frauds, ineffective federal parliament, and strangulation and humiliation of Somaliland state, Somalia is on the verge of complete relapse into civil strife and state collapse. The failure for preparing a timely, credible one person one vote elections and the manipulations of the implementation of the agreed indirect elections all for the political goal of seizing illegally the state power are immediate triggers of civil unrest.

The decline Somalia suffered in the past four years is incalculable and inexcusable. The four-year colossal failure has been exposed during the 2020 annual conference of the Forum for Ideas organized by the Heritage Institute for Policy studies, held in Garowe, Puntland on December 30, 2020 – January 2, 2021.

Apart from the federal and state programs, projects, and activities started in the past and the obligations outlined in the provisional constitution and numerous legal instruments, the UN Security Council (UNSC) provided the elected President Mohamed Abdullahi Farmajo on February 8, 2017 a roadmap for a successful term in office.   The UNSC issued the presidential statement - S/PRST/2017/3 – on 10 February 2017, first to congratulate president-elect Farmajo, the people of Somalia, the United Nations Mission for Somalia (UNSOM), the African Union Mission (AMISOM) and peacekeeping forces, and the international partners for the successful conclusion of the electoral process and to pay tribute to the outgoing president Hassan Sheikh Mohamud for his services and swift and gracious transfer of power. The world watched and applauded the images of three Somali presidents - former, incumbent, and elected one - holding hands up together for celebration after the declaration of the presidential election results.

Secondly, the UNSC statement emphasized “the importance of governing in a spirit of national unity to maintain the momentum towards democratic governance.” It also urged president Farmajo to take active steps to lay the foundations for inclusive and transparent elections in four year time. Other priorities outlined in the UNSC statement were the appointment of cabinet in consultation with the federal parliament, attention to the immediate risk of famine befallen the country at that time, the acceleration of agreement between the FG and FMS on federal security architecture,  good faith cooperation between FG and FMS authorities in order to accelerate peace and state building process, Somali-led constitutional review, comprehensive reconciliation  process that promotes national cohesion and integration at all levels for effective federal political system, respect of human rights and fundamental freedoms, increased transparency and accountability of public financial management to advance good governance. Any responsible person understands the focus, expertise, and mobilization efforts required for addressing each task. The statement warned president Farmajo that the months following his election were very important period for Somalia’s future.

Most importantly, the UNSC reminded pointedly President Farmajo that the ultimate goal of all those efforts was “to ensure that public office in Somalia cannot be achieved through harassment, intimidation, corruption, and manipulation.” Please pose for a moment on this goal as benchmark with the four-year experience in Somalia. Finally the UNSC assured president Farmajo’s administration its support for peace, stability, and development.

After three months, on May 11, 2017, delegations from the federal and states governments of Somalia and the International Partners of Somalia met in London to agree on four year cooperation framework engraved into a partnership agreement, a security pact, and an official communiqué. All those documents have formalized the issues mentioned in the UNSC statement.  Unfortunately, all fell on deaf ears because president Farmajo had in mind deleterious secret plan that has ruined the future of Somalia to the point that after four years Somalia is on brink of civil war and state implosion. The guiding tenet of President Farmajo is abuse of stakeholders for personal loyalty.

President Farmajo come into power with the deleterious secret plan based on use of brutal force, divide and conquer policy, and use of corruption and patronages to establish “Sultanism” or a system of personal rule mirroring “despotic military regime” rather than establishing “an accountable democratic federal republic of Somalia” as stipulated in the provisional constitution. He surrounded himself with young, vulnerable, inexperienced, unprincipled individuals motivated by exigencies forcing them to show their loyalty in every way necessary in exchange for public position and resources. The respect of the rule of law is disdained.

President Farmajo’s political slogan “peace and life” has been translated into “obedience to the supreme ruler of Somalia - President Farmajo.” The constitution, the democratic norms and values, the declaration of human rights, lessons for peace and state building governance in failed states or divided societies, the traumatic experience of despotic government in Somalia, the numerous resolutions and statements of the UNSC, the agreements with International Partners, and the Islamic teaching for the rulers did not guide President Farmajo in fulfilling his public duties as a leader of poor and vulnerable people and fragile country.

Indeed, President Farmajo has deceitfully worked hard to thwart the fundamental principal of governing in the spirit of harmony, cohesion, integration, and unity. He sabotaged in any way possible the genuine cooperation between FG and FMS, and serious discussion of the electoral model feasible after it became clear that one person one vote election in 2020 was impossible and term extension was unacceptable.

After months of political chaos and frictions following the meetings of the presidents of the FMS in Dhusamareb, the National Consultative Council (NCC), composed of the FG and FMS endorsed the indirect election model on September 17, 2020 in an acrimonious meeting that took place in Mogadishu. This was a bitter pill for President Farmajo who in revenge decided to scuttle the implementation process by appointing his diehard loyalists to the federal electoral committee and by fomenting civil war in Gedo region. Consequently, the dispute over the partisan committee and Gedo region upheaval halted the implementation of election process because President Farmajo adamantly refused to dismiss the committee for violations of the membership conditions, to stop intervention in Gedo region and  finally to dismiss the director of National Intelligence Services Agency (NISA) Fahad Yassin from office for his blatant involvement in the federal and state elections for violations of the constitution and free and fair election principles. As of today, Somalia has no legitimate representative federal parliament after the constitutional mandate of the parliamentarians ended on December 27, 2020. In the meantime, armed confrontation flared up in Hirshabelle State for dispute over election.

President Farmajo has never shown the essential leadership qualities of faithfully respecting the constitution and good governance practices, fulfilling and defending the public accountability responsibility, honoring integrity and good judgement for associating himself with diverse, honest, responsible, patriotic, qualified and experienced public servants, negotiating in good faith with state leaders, opponents, and other stakeholders, and honoring faithfully his public commitments, and valuing the calls of the UNSC. For example, he expressed grievance and strong dissatisfaction with the electoral agreement reached collectively behind closed doors at the ceremonies after the conclusions of Dhusamareb and Mogadishu meetings. That attitude is clear and convincing evidence that president Farmajo lacks the leadership qualities of faithful protector and defender of the constitution and faithful negotiator and executor of political bargaining with stakeholders. Donors are considering suspension of aid to Somalia because of human rights violations, especially against free media, public protest, and election integrity. 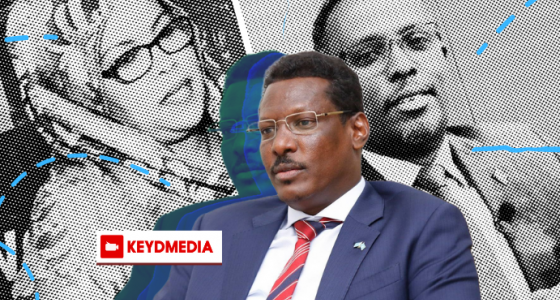