You may possibly have heard that activities of the seaport in Mogadishu were obstructed by Mohamed Jaamac Furux, a former warlord and a member of Somalia’s current parliament. Why did this happen?
Article Keydmedia Online
26 December 2010

On September 4, Keydmedia uncovered that Mogadishu seaport and airport revenues will be handed over to a firm named SKA run by US mercenaries.

The information was provided by Somali government officials at the presidential place under condition of anonymity due to the sensitivity of the issue.

The information states that the then manager of the port Hassan Macalin was to be replaced by Sayid Cali from SKA.

In a press release issued on 11 September 2010, former Somali Prime Minister DR Omar Abdirashid Ali Sharmarke said that Hassan Macalin had been removed and a new manager, Sayid Cali had been put in charge.

Since his nomination, the new manager has been busy with investigating and collecting port documents as he will be working with a foreign firm.

Some of the documents revealed that, a number of former warlords receive money from the port revenue, a revelation that prompted him to order a halt to the money.

Sayid Cali also dismissed 64 people who took salaries from the port without doing a known job.

Why was the money halted now?

the information indicates that halt is an important part of sweeping changes ahead of expected takeover by SKA which is run by US mercenaries over the beginning of the new year.

The move angered people who received thousands of dollars from the seaport who picked up Mr. Furux to be their spokesman and condemn the port management actions using tribal references and other ways to incite people.

Last week militia forces led by Furux obstructed activities of the port but were rebuffed by port administration ,but Mr. Furux eventually decided to use the media to make his case public.

He argued that the port revenue is equitably shared and that single dominates port management making calls for equitable share of the money.

Clearly, he was not fighting for the rights of the Somali people but for his personal gains (the money he received from the port). Axmed Cali Kaahiye, the vice manager of the port told reporters that Mr. had no right to talk about corruption in the airport.

Informed sources confirmed to keydmedia that SKA activities in Mogadishu have been on the rise since last month with the establishment of new bases for the company along Jaziira coast where the African union forces control.

SKA cars encrypted with words SKA were also seen at the airport but similar cars have not yet been seen at the seaport, however, the firm is expected to take over the port and the seaport in the months to come.

On the 16 of December, 2010, council of ministers met to discuss issues including Furux’s activities and vowed fierce response to anyone who obstructs port activities.

What do Somalis get in return?

There is currently no visible benefit for Somalis from this contract, but many believe that SKA will loot Somalia’s marine resources. 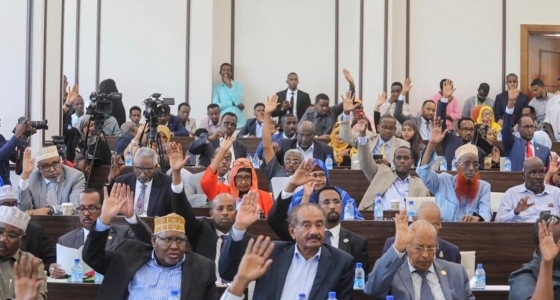