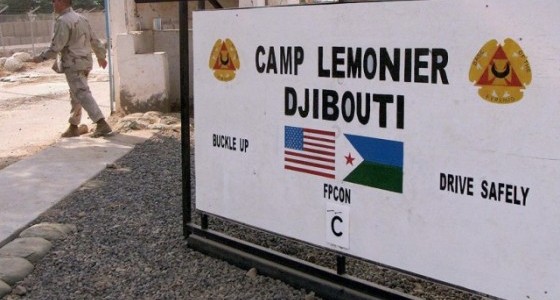 Djibouti (KON) - The legal case of a former CIA detainee suing the government of Djibouti for hosting the facility where he says he was detained could be helped by the contents of a still-classified Senate report.

ABDI LATIF EGA — Twitter is abuzz and Somalis are trending in Kenya, not for reasons of their own, but rather impositions beyond their capacity. There is quite a lot of outrage from all corners that Kenyans venture, from the passionately human to the average reactionary comments in “ full support” (“remove them”) of the state.

Mohamud Uluso — The post transitional Somali leaders elected in 2012 were entrusted with the special duty to lead a full-fledged state of Somalia with its sovereignty, unity, economic recovery, security, and institutional capacity restored and to conduct a free and fair national political election in 2016.

Abdulkadir Mohamed Osman, “Abdiboqor” - The UN's Somalia and Eritrea Monitoring Group (SEMG)'s latest 14-pages report said, "Arms for Somalia were diverted to militias and systematic abuse by officials happened after loosening of embargo has allowed diversion of weapons to armed groups including Al-Shabaab". The report also recommended the reinstating of the arms embargo on Somali.

Somaliland and Universal TV: Was It Just a Harmless Comedy Sketch?

Genocide in Somalia’s Jubba Valley and Somali Bantu Refugees in the U.S.

By Catherine L. Besteman - How do genocides end from the point of view of those most harmed? Often genocides only end when those targeted flee to a safe place. The best way to end a genocide may be to get those targeted out of harm’s way in a hurry.

WHO DO YOU BLAME THESE ATROCITIES?

Asad Hared - Towards the end of last year, I and many others across the world have seen inhumanly atrocities over Kabhanley attack.

Are The Public Institutions Of Somalia Become A Total Captive Of Dysfunctional Human Behavior?

Dr. Mohamed Ali-Nur Hagi - It is not simple to reconstruct easily public institutions in post-conflict situations, where human behavior enclaves the public welfares, holding in captivity outside the boundaries of what their constitution sanctions.

Mohamud M Uluso - Donor projects and practices are undoing the principles and goals of the New Deal for Somalia, a partnership Compact intended to consolidate the “national political settlement” spelled out in the “Provisional Constitution” as a foundation for the Somali State.

Abdulkadir Mohamed Osman, “Abdiboqor” - By writing this article, I want to make comparisons of two countries. One is mine: Somalia and the other is Malaysia where I currently live. I will be telling both the good and the bad for fairness. At the same time I want to remember and record part of my country’s history. I also want to inspire both current and future leaders in order to make them realize that the legacy that they leave behind for the Ummah is what matters most.

Mohamud M. Uluso - The opinion piece of renowned Somali born novelist, professor Nuruddin Farah, published on the opinion pages of October 14 New York Times, under the title Somalia's Leader: Look Past the Hype, recycles the bashing lines that few Somali politicians fallen from grace with the people of Somalia have been throwing at president Hassan Sheikh Mohamud for quite some time for self-serving aims.

The Somali Compact: promising Deal but with fatal flaws

Mr. Mohamud M Uluso - After one year of consultations, planning sessions, and international conferences, representatives of the International Community (Development Partners) and High level delegation led by President Hassan Sh. Mohamud of the Federal Republic of Somalia (FRS) met at the headquarter of the European Union (EU) Brussels, Belgium on September 16, 2013 for a conference on a “New Deal for Somalia”, and jointly endorsed the Somali Compact (SC) based on the “New Deal Strategy for Engagement in Fragile States” adopted in Bussan, South Korea in November 2011.

Part 1: A Different Perspective For Long Lasting Peace And Stability In Somalia

Keydmedia Online - In this book, the central hypothesis is to regain stability in Somalia one must return to clan-democracy. In their traditional roles, elders can accelerate efforts of healing the wounds of the Somali political and social conflict.