Effective action of Somalia’s Kenya Diplomatic Relations and Its Consequences of Regional and International Standpoints — Saleban Cisman | First uneasy diplomatic action of Somalia for a decade of civil-war, after restoration of fully recognized sovereign state is worth-enough in Kenya to explain violation of Vienna Convention on Diplomatic Relations, as well it will have a deep consequences, to the regional and international arena of diplomatic relations between them.
Editorial Keydmedia Online
13 May 2014 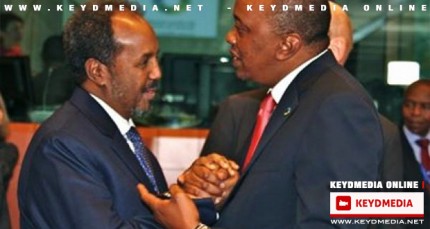 The anger and protest ledger were made after the Somalia’s parliament speaker show his graveness, followed by a swift ministerial conference on Sunday night at Mogadisho, about the issue of Kenya’s cruel action against Somali Diplomat that had resulted the recall of the two highest Somali Diplomats from Nairobi, and sent Kenya’s foreign minister a protest letter demanding to explain the action.

The East-African neighboring state of Somalia and Kenya has emerged prompt diplomatic tense, after the arrest of Kenya’s police Consular Siyad Mohamed Shire the Consular of Somalia to Kenya, this comes after Kenya's security forces were recently engaged in a security swoop in Nairobi’s Eastleight suburb, the so called fight against terror, targeting the Somali immigrants and aliens in Kenya. without the limit of their operations and the lack of knowledge of Kenya's police to diplomatic treaties, have led the arrest of even diplomats indiscriminately targeting to whom they identify as a Somali, this has created unpredictable diplomatic break up of both.

If Somalia’s government insist its strained action and recall of her Diplomats Ambassador Mohamed Ali Nor and Consular Siyad Mohamed Shire, from Nairobi, (early Sunday diplomat had arrived at Mogadishu) demanding explanation from the Republic of Kenya, for the illegal detention, humiliation and violations of diplomatic conventions.  This will force Kenya's government to elucidate the arrest of the Consular on Friday, when he left the work and heading to his home, by Kenyan security personnel, without respect taking him to custody even after showing his Diplomatic identity. This humiliation and arrest of an immune diplomat prompted an uneasy diplomatic relations between Kenya and Somalia, and if not halted the escalation will have a consequences for the regional and international co operations as well as diplomatic relations enjoyed before by both nations can be terminated within the action made by Kenya.

Diplomatic relations are built through mutual interest and reciprocity among the sovereign nations in the international system, and they have conventions, code of conducts and especial tasks allocated for, diplomats as well premises of diplomatic functions are recognized as a part of sending state and are given certain immunities and privileges.

Diplomat are representatives of their head of states and their functions include to create a friendly relations and cooperation among the nations, as well they report back the current situations of receiving state, by the sometime they cooperate trade and commerce, as well as cultural and social values exchange among nations based on mutual concerns.

Vienna Conventions on Diplomatic Relations allows diplomats immunities and privileges that has never been given to any other person unlike diplomats, they are similar to the heads of state, as long as they are representing the sending state to the receiving state.

According to Vienna Conventions of Diplomat/Consular Relations, "No arrest, search, investigations, or trial should be conducted against any diplomat/consular what so ever, unless declared a persona non-grant or weaved their immunities and privileges.

In the history of Diplomatic arrest it happens very rare in the contemporary world and there are certain producers to follow when conducting such acts based on the Vienna Conventions on Diplomatic Relations in 1961, to be mentioned one of the controversial diplomatic tense was the arrest of Indian Diplomat in US, while US. Government, alleged her a visa fraud and detained, that had sparked a diplomatic row between USA and India. This led to the Indian government to protest against US action of Devyani Khobragade. Diplomats in Delhi were someone and interrogated by Indian, but later Devyani was released and sent back to her country. Although it has resolved the row between US and India. The long enjoyed relations are not the way they were before the arrest of Devyani.
In January this year Kenyan security personnel has detained an immune Somali diplomat while denying his immunities and privileges, Ilyas Yusuf Warsame, a secretary of the Somali embassy in the capital, Nairobi, is currently "under detention" by the Kenyan security personnel, The arrest comes amid a security crackdown in Nairobi and warnings of a possible terror attack. “Kenyan authorities, had said Mr Warsame did not have immunity as he was Kenyan” Somali Ambassador to Kenya had told to BBC world service.

Subsequently Kenya which its own signed and ratified the Convention of Refugee and Universal Declaration of Human Rights, once again has indiscriminately violated all the international conventions of refugees and human rights after arresting and taking to stadium as a temporary camp for thousands of legal Somali refugees in her country. According to Amin Kimanthi and Kenyan Human Rights activist who has been blocked and refused to enter and visit the stadium, human right crisis was reported in Kasarani Stadium including shortage of facilities as well blocked aid and international agencies to visit the scene. The UN Human Right Committee, has made no actions about the violation of international convention provisions of refugees and human rights by Kenyan Governments.

The prompt diplomatic relations among Somalia and Kenya rose to escalation and this will have a great effect, for the regional cooperation of the two countries.

Although Kenya has not yet explained the arrest of Diplomat as well it did not yet commented about the recall of Somalia for her diplomats, but if a clear justification is not made about the concern it will cause several worst diplomat actions between the two nations.

It will also has its own impact to the security aspect of both. Kenya had send troops to Somalia the fight against Alshabaab, accusations against them (Kenyan troops) were reported in the city of Kismayo, and among them were the exportation of banned charcoal by UN in the port of Kismayo. Kenyan troops entered Somalia without a mandate and later joined the AMISOM peace-keeping mission. According to the UN Security Council Resolution 2093 the neighboring states to Somali are not eligible to take part the peace keeping mission in Somalia led by the IGAD.

According former Somalia MP honorable Sekeriya Mohamud Haji there is a conflicting interest amongst Somalia and the neighboring states, and he called Kenya and Ethiopia to withdraw their troops from Somalia in an interview given to the Voice of America.

If this diplomatic tense is not solved appropriately Its likely to have deep impact for the, United Nation tasks of Somalia and  International Organization whose operations are conducted in Somalia but based their headquarters in Nairobi, and it is likely expected these offices will be moved from Nairobi to Mogadishu or elsewhere.

Likewise countries sent diplomats to Somalia established offices in Nairobi, due to the lack security of the capital city of Mogadishu and most of them work from Nairobi, rarely visiting Mogadishu.it is predictable the Somali government will bush these diplomats to come and work in Mogadishu, by ensuring their security.

In general Kenya’s cruel act of arresting an immune diplomat, and made no explanations or apologies about the incident whether it has happened accidentally or intentionally it will have a great lose and bad impact on the relations of both countries, as well it may lead a trail and international court to Kenya government for the violation of Vienna Conventions on Diplomatic Relations, as well International offices for Somalia which usually operate in Kenya perhaps moved from Nairobi. 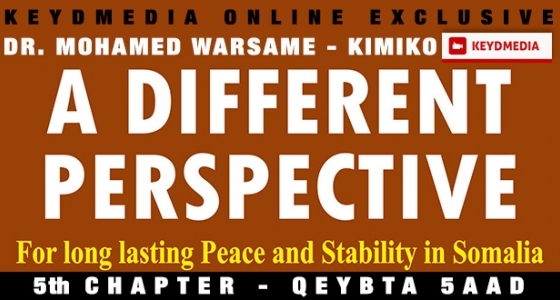