The family denied that Mohamed has involved in the illegal trade of fake currency and funding Al-Shabaab. 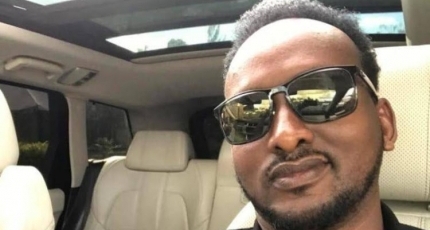 NAIROBI, Kenya - The body of Bashir Mohamed Gabobe, a young and talented Somali-American businessman who has been missing for the past few weeks was found at Kerugoya level 5 hospital, 200Km north of Nairobi.

Bashir disappeared during Eid al-Fitr on May 13 when he was last seen on CCTV footage leaving a restaurant in Nairobi named Miale entertainment lounge in the Lavington area shortly after 5 pm.

According to The Star, the late businessman shortly after he drove off the area, his car was obstructed by another, causing a traffic snarl-up on the road as passersby crowded to see what was going on.

His Range Rover was set on fire and burnt to ashes at a thicket in Kibiku, Ngong’ area of Kajiado County, raising doubts that security forces killed him, given nature and circumstances leading to his death.

During that hour of abduction, Bashir tried to call his wife, but the call was interrupted and his phone confiscated by the unidentified assailants. The family believes it was then switched off immediately.

Bashir, a businessman, and a construction engineer left Ohio, the US to run his own business in Kenya for the past two years, traveling to and from the country that colleagues termed trade and family visit trips.

His family called for independence and throughout probe into the Gabobe’s cold blood murder that sent waves of shock through the Somalis in Kenya and elsewhere around the world.

“Even as Bashir rests, the family shall not rest until justice is found and those responsible for his death brought to book,” said a family lawyer who asked the FBI to join the investigation.

The family vehemently rejected claims that Bashir involved in fake currency business and used his trade to fund the terror activities of Al Shabaab in Kenya as well as having links to top officials in Mogadishu.

He had a family in Kenya and his wife gave birth barely eight days before he went missing.

The attack comes hours after the army’s 27th division carried out an operation against Al-Shabaab in the rural areas in the east and south of the Hiran region which is set to host elections. 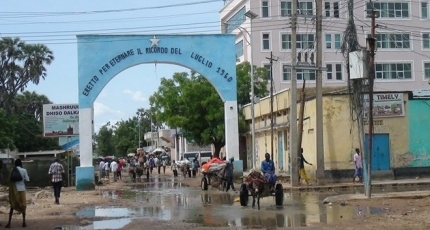 The attack comes hours after the army’s 27th division carried out an operation against Al-Shabaab in the rural areas in the east and south of the Hiran region which is set to host elections.