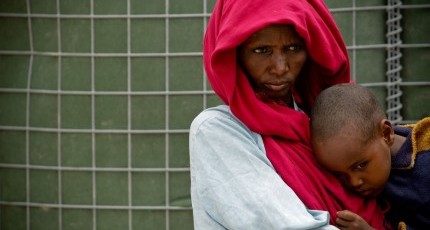 Troop-contributing countries, the African Union (AU), and donors to AMISOM should urgently address these abuses and strengthen procedures inside Somalia to seek justice.

The 71-page report, “‘The Power These Men Have Over Us’: Sexual Exploitation and Abuse by African Union Forces in Somalia,” documents the sexual exploitation and abuse of Somali women and girls on two AMISOM bases in Somalia’s capital, Mogadishu, since 2013. The AU soldiers, relying on Somali intermediaries, have used a range of tactics, including humanitarian aid, to coerce vulnerable women and girls into sexual activity. They have also raped or otherwise sexually assaulted women who were seeking medical assistance or water at AMISOM bases. Human Rights Watch interviewed 21 women and girls who described being raped or sexually exploited by Ugandan or Burundian military personnel serving with the AU forces.

“Some African Union soldiers have misused their positions of power to exploit Somalia’s most vulnerable women and girls,” said Liesl Gerntholtz, women’s rights director at Human Rights Watch. “Somalia has many intractable problems, but the Somali and AU leadership could end sexual exploitation and abuse by pressing troop-sending countries to hold abusers responsible.”

The AU and AMISOM should foster an organizational culture of “zero tolerance” of unlawful activities on their bases, Human Rights Watch said. They should establish or strengthen instruments and bodies that have responsibility for addressing these abuses, such as conduct and discipline units, and an independent investigative body at the AU level.

Human Rights Watch conducted research in Somalia, Uganda, and Burundi. All of the Somali women and girls interviewed were from displaced communities from south-central Somalia.  In addition, Human Rights Watch interviewed over 30 witnesses, foreign observers, military personnel, and officials from troop-contributing countries. The research focused on incidents in Mogadishu, where Ugandan and Burundian soldiers are present and does not preclude the possibility that similar abuses have occurred elsewhere.

Years of conflict and famine in Somalia have displaced tens of thousands of women and girls from their communities, and from their family and clan support networks. Without employment options and basic resources, many must rely completely on outside assistance and are forced into exploitative and abusive situations to sustain themselves and their children.

The African Union Peace and Security Council deployed the peace support troops known as AMISOM to Somalia in 2007 under a United Nations Security Council mandate, to protect Somali infrastructure and government officials and to contribute to delivering humanitarian assistance. Since then, AMISOM’s mandate, size, and geographical presence have steadily increased. The force draws its military personnel from Uganda, Burundi, Kenya, Ethiopia, Djibouti, and Sierra Leone.

Women and girls seeking assistance at AMISOM camps in Mogadishu do so at significant risk, Human Rights Watch found. For instance, in late 2013, Qamar R. (not her real name), 15, went to the Burundian contingent’s base to get medicine for her sick mother. A Somali interpreter told her to follow two Burundian soldiers to get medicine. They took her to a remote area and one of the soldiers raped her. She told Human Rights Watch: “First he ripped off my hijab and then he attacked me.” As she was leaving, the second Burundian soldier gave her US$10.

Some soldiers have exploited women’s poverty and lack of food for sex. In May 2013, Kassa D. was introduced to a Somali interpreter at AMISOM’s base camp. “I was worried,” she said. “I wanted to run but I knew that the same thing that brought me here would get me through this – my hunger. I had made a choice and I couldn’t turn back now.” After she had sexual intercourse with a Ugandan soldier, the interpreter paid her $10.

The UN secretary-general’s 2003 bulletin on special measures for protection from sexual exploitation and sexual abuse is a groundbreaking policy document for UN peacekeeping missions. It explicitly prohibits peacekeepers from exchanging any money, goods, or services for sex.

Evidence suggests that sexual exploitation is not a secret at AMISOM’s Mogadishu bases, Human Rights Watch said. The women and girls have entered the camps through official guarded gates and accessed areas that are in theory protected zones. Two women told Human Rights Watch that the soldiers they had sex with for money gave them official AMISOM badges to facilitate their entry to the base.

“The AU military and political leadership needs to do more to prevent, identify, and punish sexual abuse by their troops,” said Daniel Bekele, Africa director at Human Rights Watch. “As another food crisis looms in Mogadishu’s displacement camps, women and girls are once again desperate for food and medicine. They should not have to sell their bodies for their families to survive.”

AMISOM soldiers have also subjected women and girls to other abuses and exposed them to serious health risks, Human Rights Watch said. Several women described being slapped and beaten by the soldiers with whom they had sex. Others said that soldiers had refused to wear condoms, passing on sexually transmitted infections.

Some of the women interviewed said they did not report their experiences because they feared reprisals from their attackers, the authorities, and the Islamist insurgent group Al-Shabaab, as well as stigma and retribution from their own families. Others told Human Rights Watch they were reluctant to lose their only source of income. As a result, Human Rights Watch could not draw conclusions about the extent of the problem or official levels of involvement.

Countries providing troops to AMISOM are primarily responsible for the conduct of their forces in Somalia and have exclusive jurisdiction over their personnel for any criminal offenses.  These countries have, to varying degrees, established procedures to deal with misconduct including deploying legal advisors and military investigators and, in Uganda’s case, temporarily sending a court martial to Somalia to try cases.

Yet troop-contributing countries have not provided the necessary resources to investigate allegations or made the investigation and prosecution of sexual exploitation and abuse a priority, Human Rights Watch said. Only one rape case, in which the victim was a child, is before Uganda’s military court in Kampala.

AMISOM’s leadership has taken some measures to address sexual and gender-based violence, including drafting a policy on prevention and response to sexual exploitation and abuse, and doing outreach. However, more should be done to ensure that these efforts provide justice for victims, Human Rights Watch said.

The AU force, along with the UN and the Somali government, should adopt measures to prevent sexual exploitation and abuse while creating an environment in which women can come forward and report abuses. Troop-contributing countries should reinforce their investigative and prosecutorial capacities inside Somalia. They also should ensure, along with AMISOM and the UN, that survivors receive adequate medical and psychosocial care and protection, particularly during investigations and prosecutions.

International donors, particularly the United Nations, European Union, United States, and United Kingdom should support greater independent oversight of the conduct of AU troops and civilian personnel and ensure that they are not complicit in abuses committed by AMISOM forces, Human Rights Watch said.

“The AU can no longer turn a blind eye to the abuses on AMISOM bases, as its undermining the very credibility of the mission,” Gerntholtz said. “Governments supporting AMISOM should work with the AU to end sexual abuse and exploitation of Somali women and girls by their troops, take action against forces contributing to it, and do what they can to prevent further sexual exploitation and abuse of Somali women.”