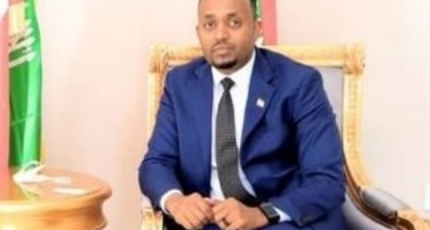 “This is not the first [Egyptian] delegation. I have been in Egypt before, and Egypt’s Deputy Minister for Africa Hamdi Loza visited Hargeisa in 2019,” Osman revealed.

Somaliland gained independence from Britain in 1960 and joined with Somalia, which was an Italian colony and became independent a few days later, to form the United Republic of Somalia. However, the situation deteriorated leading to the break-in 1991, following decades of brutality meted on its people by the Somali regime of Siad Barre.

Since 1991, Somaliland has sought international recognition as an independent state. Yet, no foreign government recognizes its sovereignty, but many effectively acknowledge the region as separate from Somalia. Somaliland effectively broke ties with Somalia’s government in Mogadishu after declaring independence. It has been holding its own democratic elections since 2003.

According to Osman, Egypt and Somaliland discussed how best to further promote social integration between the two countries. The bilateral trade links are verging, on the most part, on fisheries and livestock.

Osman said that Egypt has the experience and the know-how which can be extremely beneficial to develop the Somaliland mining sector, as the country is abundant with mineral resources.

Egyptian investments in infrastructure, fisheries, and livestock would help both parties, as Somaliland is a major livestock exporter, Osman told DNE. “By establishing trade ties, we can export livestock to Egypt, either as live animals or ready-to-cook meat.”

“Egypt can play a major role in our international recognition, as it is a major country in Africa andthe Arab World, which can help push our case for recognition in both the African Union and Arab League,” Osman explained.

Somaliland meets most of the requirements of a sovereign democratic state, he stressed, adding, “We have held free and fair elections, and we have our own currency, security forces, and passports.”

Also, Somaliland’s independence claim is consistent with a longstanding norm of the African Union and its predecessor that colonial-era borders should be maintained.

He commented on reports that the Ethiopian government has protested against the Egyptian delegation’s visit to Hargeisa, saying “We can deal with any country for our own interests, it is our business.”

Osman added that Somaliland’s relationship with Egypt will not harm its relationship with Ethiopia. He stressed his country's position that both countries should resolve the issue of Grand Ethiopian Renaissance Dam (GERD) through dialogue and in a peaceful manner.

“Somaliland can mediate since it has a good relationship with both countries,” Osman added.

The Egyptian delegation visit to Somaliland, which was preceded by other visits from Taiwan and Kenya, once more suggests the further recognition of Somaliland as an equally sovereign state.

The sea row case has damaged the diplomatic relations between the two East African countries after Kenya pushed for outside court resolution.

Puntland fails to host a much anticipated election talks 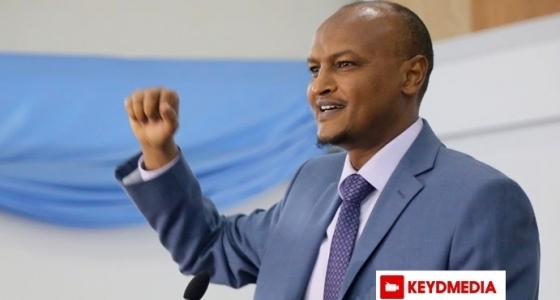 The sea row case has damaged the diplomatic relations between the two East African countries after Kenya pushed for outside court resolution.