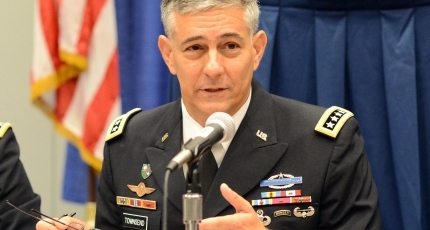 JOHANNESBURG (AP) — The U.S. military on Tuesday acknowledged killing a civilian and wounding three others with an airstrike in Somalia earlier this year.

This is the second in a new series of quarterly reports the U.S. Africa Command issues on airstrikes in Somalia and allegations of civilian deaths after coming under pressure from Somalis and human rights groups.

“This admission is the third case they have substantiated in 13 years of airstrikes in the country,” Brian Castner, Amnesty International’s senior crisis adviser for arms and military operations, said in a statement. “Now that there has been an acknowledgment of their actions, there must be accountability and reparations for the victims and their families.”

While the U.S. statement didn’t give details about the civilian killed, the Amnesty statement said the airstrike killed a woman and wounded three of her relatives.

The human rights group last year released an investigation into U.S. airstrikes in Somalia that led to the U.S. acknowledging killing five civilians and wounding six others in three separate airstrikes.

The Trump administration has dramatically increased the number of airstrikes carried out in the Horn of Africa nation against the al-Qaida-linked al-Shabab extremist group and, to a lesser extent, a small number of fighters linked to the Islamic State group in northern Somalia.

The U.S. carried out at least 63 airstrikes in Somalia last year, most of them against al-Shabab, which often carries out deadly attacks in the capital, Mogadishu, and controls large parts of central and southern Somalia.

The new U.S. statement said it had received 12 new allegations this quarter around four incidents. It said four incidents remain under review, three of them from its previous report.

The U.S. Africa Command said those who wish to make allegations can submit them in their native language on its website.

Per Keydmedia Online sources, the drone attack in the district hit the "Radio Andalus" station operated by Al-Shabaab as its main mouthpiece channel with several offices in its strongholds in the country. 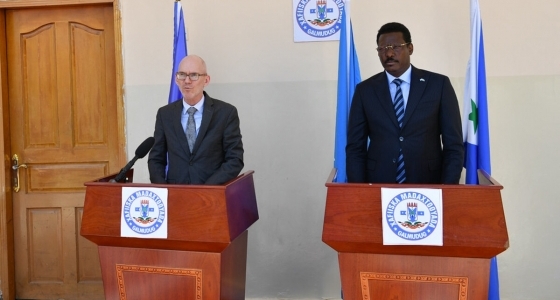