By the end of Sunday, Somalis should know who their next president is, but this long-delayed vote only involves the country's 329 MPs and takes place in a heavily fortified area inside Mogadishu's Airport. 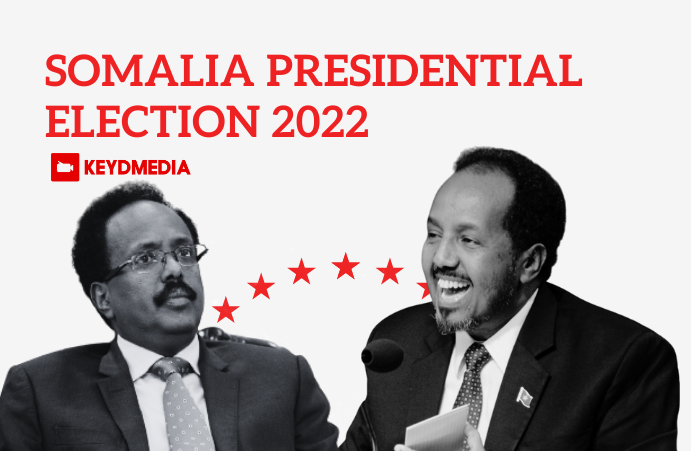 Lawmakers in Mogadishu prepare to elect the 10th Somali President since independence in 1960. The indirect election - which has been delayed for over a year and a half - will take place under heightened security in the capital.

Watch the coverage as a live stream:

Good morning, valued readers! On this Live Coverage page, we will provide you with the most up-to-date information on Somalia's Presidential Election Results.

Our reporters in the capital will update you on the latest findings, live streaming from the Afisioni Tent, and live commentary on this page.

The indirect election, which has been delayed for nearly a year and a half, will take place in the capital under increased security.

This vote was supposed to have happened last year when the outgoing president Mr. Farmajo's four-year term ended.

Farmajo whose tenure expired on 8th February 2021 has extended his mandate for 15 months, violating the country’s constitution which stipulates that an elected president can stay in power for a 4-year term. A move many called a new dictatorship in Somalia after Siad Barre.

Ahead of the vote, Somalia's government announced a full curfew in the capital, Mogadishu, covering traffic and people, from Saturday at 9 pm (18:00 GMT) until Monday at 6 am (03:00 GMT).

A candidate will win the election in the first round if they secure two-thirds of the votes cast by the 329 legislators of the bicameral parliament.

Experts however foresee more than one round of voting.

History in the making

Somalia is making history by re-electing a president for the first time, regardless of the outcome of the poll this evening. There has never been a president re-elected in Somalia's history.

BREAKING: A celebratory gunfire breaks out in Mogadishu before the nation's presidential election even ended. I think it is in support for Hassan Sheikh Mohamed. pic.twitter.com/WiUzVjN43V

The second round of the voting ended. The two top candidates progress to the third round.

The counting of votes in the second round of the election is underway in Somalia. The MPs are electing 4 candidates - Farmajo, Deni, Hassan Sheikh, and Khaire who have passed the first round to compete for the presidency. If no candidate wins 220 votes, the two top contenders will go to a third round. 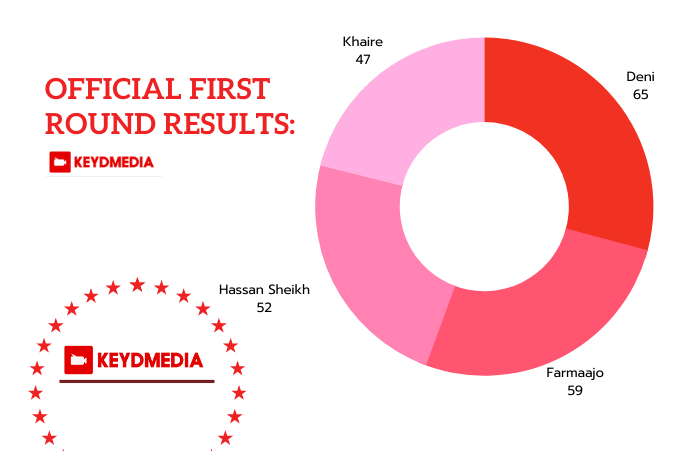 As the result of the 1st round is out, the candidates with the most votes are Said Abdullahi Deni, Hassan Sheikh, Hassan Ali Khaire, Sharif Sheikh Ahmed, and Abdirahman Abdishakur Warsame. They will go to the second round.

The counting of the votes for the first round of the ongoing presidential election at Afisioni is underway and the candidates with the most votes are expected to qualify for the second round.

The lawmakers began casting their votes in a crucial indirect election to pick a new president after 15 months delay that led the country to a political crisis.

The election is contested by 35 candidates, among them Farmajo, the outgoing president, and two former presidents - Hassan Sheikh Mohamud and Sharif Sheikh Ahmed.

The election is marred by vote-buying and irregularities due to a strong electoral system in Somalia.

Journalists were finally permitted into the electoral complex of Afriyoni Tent after standing in line for hours. Security forces have permitted computers inside the main tent but confiscated phones from reporters.

Journalists from Local and International media held a press briefing about the blocking of journalists by the Election committee. "@sjs_somalia is deeply troubled by this move and calls for election committee to promptly lift the blockade" #SomaliaElections pic.twitter.com/MJxDVhz1ai

Most of the presidential candidates and lawmakers are present in the voting hall, the Afisioni hangar at Mogadishu airport. It's almost 1:30 PM local time in Somalia and the election is yet to start.

35 candidates are in the race for the president of Somalia after four announced on Saturday they withdrew their candidacy. The lawmakers of both houses [329] will vote for the new president in an indirect election. 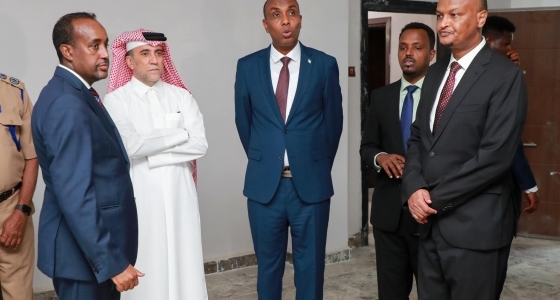