After delays, HirShabelle gets ready to elect senators

The regional state's election has been delayed several times due to the internal dispute and interference from Villa Somalia. 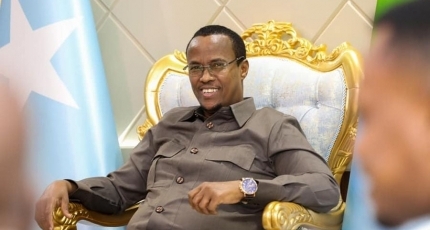 MOGADISHU, Somalia -  The president of HirShabelle state Ali Gudlawe is expected to announce in the next hours a list of the candidates vying for the Senate seats, Keydmedia Online has learned.

The nomination list of the contestants will be forwarded to the regional legislative assembly by President Gudlawe shortly and there will be some seats reserved for women candidates.

In the past few days, dozens of Senatorial hopefuls have been pouring into Jowhar, the capital of HirShabelle, including Muse Sudi, a fierce critic of Farmajo who is running for reelection.

Since the country failed to hold one person, one vote election, the MPs of the regional parliament will elect the 8 seats allocated to HirShabelle to represent in the next Senate.

It is not known whether the election will be transparent, free, and fair or HirShabelle will follow in the footsteps of Puntland, Jubaland, Galmudug, and Southwest states.

Sources say Villa Somalia is not satisfied with Gudlawe's pick as he wants to include Muse Sudi in the frontrunners list who is among opposition figures critical to Farmajo's re-election.