Al-Shabaab lost key areas in the Lower Shabelle region to Somali and AU troops in the past few months as the war on the group continues in Mudug. 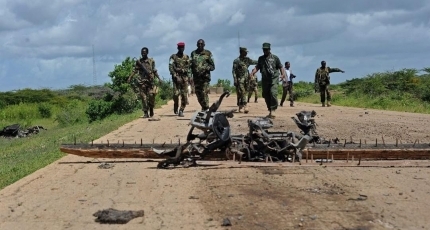 MOGADISHU, Somalia - At least five people were killed and nearly 20 others wounded in battle and mortar shelling in southern Somalia on Saturday night an official and residents said.

Hassan Osman, an official with the Lower regional administration confirmed that the attack came after heavily armed Al-Shabaab fighters attacked the Somali military base in Awdhegle town from different directions during the night.

The number of casualties on SNA - Somali National Army as a result of the ambush attack remained sketchy. The town came under Al-Shabaab assault in April 2021 which killed dozens of soldiers, the deadliest in this year.

Al-Shabaab intensified attacks in the country amid a dispute between SNA and AMISOM over an operation against the group in the Middle Shabelle region that was launched on May 23 that ended in failure.