The attack comes as AU troops in Somalia are preparing to hand over the security responsibility to the national army. 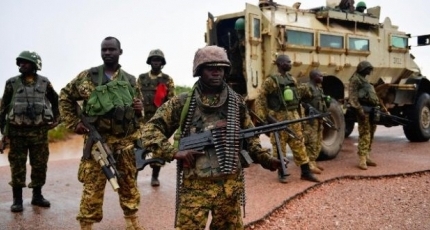 MAHADAY, Somalia - The Al-Qaeda-linked Al-Shabab militants carried out an offensive against the Burundian troops' base in Mahaday district located in Somalia's southern Middle Shabelle region.

According to local residents who spoke to KON via phone, there were reports of casualties resulted from the attack that both sides used in heavy weapons, including mortars and RPGs.

After receiving reinforcement from the Somali military in a nearby outpost, the Burundian forces of the AMISOM contingent have managed to push back the Al-Shabaab militants and regain control of the area.

AMISOM did not comment on the scale of casualties in the Al-Shabaab attack which comes as AU troops in the country are preparing to hand over the security responsibility to the national army.

The African Union troops from, Uganda, Burundi, Djibouti, Ethiopia, and Kenya began their mission in 2007 and helped the weak Somali government retake control of a larges swathe of territory, including Mogadishu.

Recently, the Ugandan troops handed over the military base facility in Afgoye to the Somali National Army as part of the country to the transitional plan.