The Al-Qaeda-linked group has intensified hit-and-run attacks in Somalia in an attempt to disrupt an ongoing parliamentary election in the country. 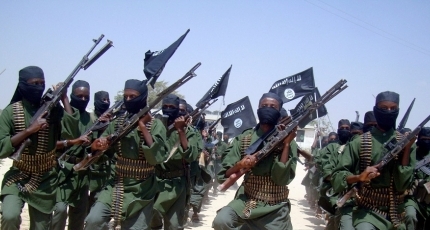 The battle which lasted for about an hour broke out in Afgoye, about 30Km southwest of Mogadishu with sources saying the attackers targeted a military base in Haantadheer village.

Local officials say at least five soldiers and dozens of militants were killed in the attack, which becomes the latest in a series of raids by the Al-Qaeda-linked terror group in Somalia.

Al-Shabaab claimed it has killed at least 10 SNA soldiers in a bomb and gun attack in the town. However, the military disputed the death toll, saying they didn't suffer any fatalities.

Sources told Keydmedia English that the troops managed to repel the ambush and killed one Al-Shabaab fighter while several fled with gunshot wounds. The situation was calm today.

Afgoye is a strategic town that lies on one of the main corridors that links the capital to the Lower Shabelle region and most parts of the country. It witnesses frequent terrorist attacks.

In recent months, the Al-Qaeda-linked group has intensified hit-and-run attacks in Somalia in an attempt to disrupt an ongoing parliamentary election in the horn of the africa country.