The militant group has intensified attacks inside Kenya since Nairobi sent its combat forces in Somalia in mid-2011. 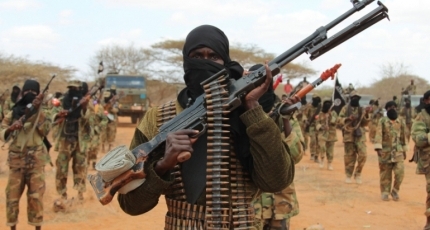 WAJIR, Kenya - The Al-Qaeda-linked Somalia-based Al-Shabaab militants have carried out a daring raid against Kenyan military bases on the porous border between the two Horn of Africa countries.

The attack on KDF camps in Qarso and Wargadude in Wajir county has led to a heavy gunfight between Al-Shabaab fighters and Kenyan defense forces with reports that both sides have suffered heavy losses.

Al-Shabaab claimed victory over the battle against KDF, according to a statement posted on its affiliated website, saying several Kenyan soldiers were killed in the ambush attack.

Local residents reported hearing heavy fire and explosions during the overnight attack by Al-Shabaab. The situation returned to normal on Sunday morning as Kenyan forces carry out security operations.

The Kenyan military has not yet commented on the Al-Shabaab claims. The attack comes following a report by the Long War Journal that says attacks this year have been on the rise in Kenya's northeastern region, most of them happened this month.

Kenyan has suffered deadly attacks, including those targeted on Westgate, Dusit D2 hotel, and Garissa University which killed hundreds of Kenyans and foreigners and wounded more others.

KDF is part of the AU mission [AMISOM] and the troops have been in charge of the operations in Jubaland, where a key ally of Nairobi Ahmed Madobe is in control of the southern port city of Kismayo since 2012.