Ibrahim deserted Al-Shabaab and surrendered to SNA, carrying with him two AK47 assault rifles and large amounts of ammunition. 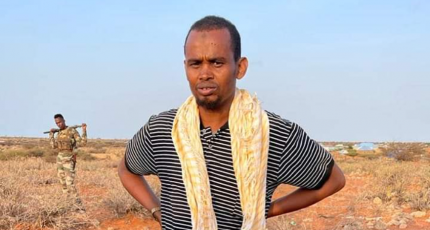 MOGADISHU, Somalia - A senior Al-Shabaab commander was reportedly defected from the terrorist and surrendered to Somali government forces, the military officials said.

Ali Ibrahim has been in charge of Al-Shabaab's health department in the Galgadud region, central Somalia for the past years, according to the state media, citing SNA officers.

After having seen Al-Shabaab's cruel ideology, Ibrahim said he opted to abandon the group and gave himself up to the Somali military near Dhusamareb city, fleeing from Elbur district.

Colonel Abdullahi Mohamed, who is a senior SNA commander said the militant had contacted Somali forces and informed them that he was willing to surrender to the government.

Al-Shabaab was yet to react to the claims but the shocker move by Ibrahim is considered a big blow to the Al-Qaeda-linked group which is facing now military pressure in central Somalia.

The surrender comes as Somali forces are battling against Al-Shabaab in central and southern parts of the Horn of Africa nation where the militants still control huge swathes of rural areas.