Somalia's Intelligence Agency has been accused of covering up the disappearance case of Ikran Tahlil, a young female spy officer who went missing on June 26 in Mogadishu. 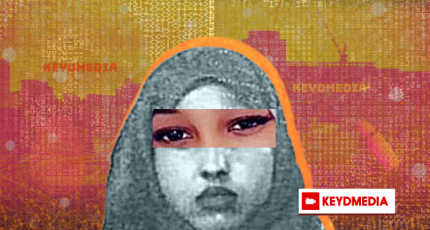 The terrorist organization has retorted that it had nothing to do with the assassination of a female Somali intelligence official, just 12 hours after the national intelligence agency, NISA, accused the group.

Al-Shabaab issued a statement denying responsibility for the murder of Ikran.

"We have no information regarding the assassination of NISA employee Ikran Tahlil," the organization stated in a statement published in English.

Ikran Tahliil's mother blames the spy agency and says she does not believe that Al-Shabaab abducted and killed her daughter.

Ikran, 23, was the head of NISA's cybersecurity department head and has previously served as the secretary of the slain Mogadishu mayor Eng Yarisow who dies August 1 in 2019 of wounds sustained in a bomb blast carried out by a blind female bomber in his office during a meeting in July 2019.

The reason for Ikran's abduction is yet unknown, but reports that Keydmedia Online obtained from insiders indicate that she had sensitive information about the killing of the former mayor of Mogadishu, once a London councilor, and the recruitment of thousands of youths sent to Eritrea for trained between 2019-2020 who didn't come back.

Her family said after the assassination of the mayor of Mogadishu, Ikran went to Britain to study intelligence and returned home this year to continue her work. Fahad and his sacked deputy Kulane Jiis were accused of being responsible for the kidnapping of the girl.