The terrorist group has on the other hand intensified attacks in the country, targeting military bases. 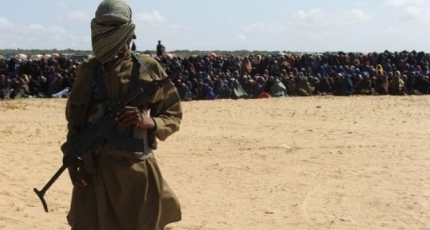 MOGADISHU, Somalia - Al-Shabaab has carried out mass public executions in its strongholds in southern Somalia in less than a week as the group loses its grip in the country.

The Al-Qaeda-linked terrorist group has executed 24 people within four days, including a woman in different parts of the country, accusing them of spying on the militants for Western Intelligence Agencies.

On Wednesday afternoon, eight people were killed by firing squad in a public square in Kunya-Barrow town in the Lower Shabelle region after an Al-Shabaab court sentenced them to death for allegedly guiding US drone strikes targeting the group's top leaders.

An unnamed Al-Shabaab court judge who was reading the verdict at the execution scene said that the convicts had all pleaded guilty to the charges of the espionage.

This week, the group carried out such executions in Jilib, Sakow, and Bula-Fulay areas in southern Somalia against 16 people, all accused of working with US and UK spy agencies.

Read below the names of the men executed in Kunyo Barrow:

Al-Shabaab, which has been at war with the government and AMISOM for more than 10 years carried out killings in areas under its control against people it accuses of theft, rape, soldiers, and collaborating with foreign and Somali intelligence without proper court proceedings.