The takeover comes amid intensified military operations against the group in parts of southern Somalia ahead of the elections. 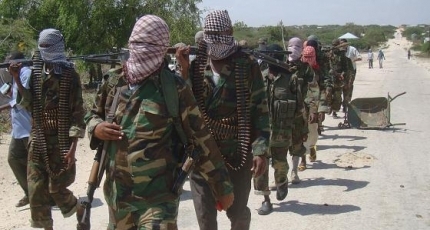 MOGADISHU, Somalia - Al-Shabaab announced that its fighters seized a strategic town in southern Somalia on Monday and besieged a nearby government-controlled port city in Lower Shabelle province, officials said.

Hundreds of gun-toting militants in fighting vehicles rolled into Marin-Gubay located some 40 kilometers away from Barawe early in the morning shortly after Ugandan troops vacated the town, a move that risks the hard-won gainst in the security.

A security analyst in Mogadishu told Keydmedia English that the town’s capture marks a setback to the ongoing Somali army's offensive against the Al-Qaeda-linked group and complicates the upcoming elections due to take place next month.

This comes as the Somali army along with AU troops launched a massive military operation in the Middle Shabelle region last month, where hundreds of militants were killed in small villages seized as part of a plan aimed to stave off recent Al-Shabaab gains in the country.

Barawe, a former Al-Shabaab economic hub is now cut off from the rest of the country due to a blockade by the militant group, and the only way possible to get there is by air and sea.