Al-Shabaab has stepped up attacks in the country amid a political crisis resulted from the delayed election and term extension for Farmajo. 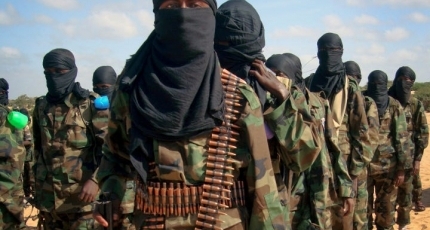 Local residents reported seeing hundreds of gun-toting militants moved in the area on Saturday morning shortly after the Somali government vacated their bases last night after receiving information about the impending Al-Shabaab attack.

The Chief of Somali Armed Forces, General Odawa Yusuf Rage has confirmed the troops' exit from the district, saying he ordered them to relocate to the surrounding area to boost the defense of other nearby military bases said to be vulnerable to fall into Al-Shabaab hands.

The group has lost control of large areas to the Somali national army in recent weeks but gained momentum as they managed to seize control of the key strategic town of Ba'adweynewh which links key towns in central Somalia.