Fighters affiliated with the militants in August stormed a military facility and captured the town of Amara in central Somalia. The town had earlier in the month been liberated from al-Shabaab by the Somali army. 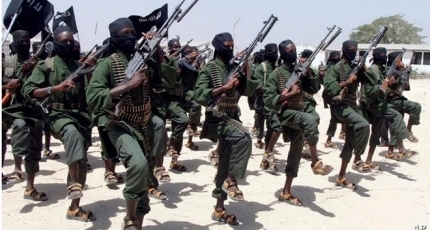 NAIROBI - Splinter terror groups continue to pose a significant terrorist threat in the region despite shared efforts by different partners to combat the group.

From Al-Shabaab to Islamic State and Allied Democratic Forces, all regional countries have this year borne the brunt of terror organizations that have managed to launch attacks, killing scores of civilians.

Terror groups carry out frequent attacks in Somalia with the aim of overthrowing the government. Kenya has not been being spared, with its shared border with Somalia allowing the militants and its local sympathizers a field day, attacking at will.

According to data from the Strategic Intelligence Services, there were more than 100 attacks in Somalia by al-Shabaab in 2021, with Kenya witnessing 23 mostly targeting border counties of Wajir, Mandera, and Lamu.

A major one on June 15 left 10 people dead and 20 wounded in a Somali Army training camp run jointly by Turkish and local forces.

The year’s deadliest happened on June 26 where an estimated 30 people died in a town in the country’s semi-autonomous state of Galmudug. The insurgents used car bombs in the assault on a military base in Wisil town, in central Somalia, triggering a fight with government troops and armed locals.

Fighters affiliated with the militants in August stormed a military facility and captured the town of Amara in central Somalia. The town had earlier in the month been liberated from al-Shabaab by the Somali army.

These frequent clashes demonstrate al Shabaab’s continued capacity to wage a protracted insurgency in the country and neighboring countries despite years of multilateral efforts to degrade the group’s military capabilities.

For Somalia, the political conditions in the country have not made the situation any easier.

President Mohamed Farmaajo’s term expired on February 8, 2021, while the Parliament’s mandate ended on December 27, 2020. Parliamentary and presidential elections were postponed due to disagreements between the federal government and its constituent states.

However, in April, Somalia’s Parliament voted to extend President Mohamed Farmaajo’s mandate for another two years, triggering domestic opposition and the disapproval of the international community. It also split Somalia’s national army and police forces along clan lines sparking off gun battles on the streets of Mogadishu.

Due to internal and external pressure, Farmaajo reversed the extension and ordered his prime minister to reconvene with the state leaders to chart a new roadmap to the elections.

This move might have provided al Shabaab a potent threat and additional opportunity to exploit dissatisfaction with the Somali federal government.

Reducing the US security presence in Somalia might also have offered al-Shabaab additional operating space. In December 2020, the Trump administration announced its intention to withdraw “the majority” of US military personnel and equipment from Somalia but left the possibility that forces would undertake cross-border operations. USAFRICOM completed this process in January 2021.

Notably, the Biden administration did not authorize airstrikes from January to July 2021, prompting speculation that this pause was representative of a changing US counterterrorism posture in Somalia.

This hiatus ended on July 20, when USAFRICOM undertook an airstrike against al-Shabaab targets near Galkayo.

After a six-month pause under the Biden administration, the resumption of US airstrikes in Somalia in July 2021 is renewing focus on al-Shabaab. The al-Qaeda-linked group aims to topple the government and impose its harsh interpretation of Islamic law.

Al-Shabaab has scaled up attacks in central, southern Somalia while the Lower Shabelle regions of Somalia have recorded the highest number of attacks.

An analysis of the group’s attacks shows a preference for landmines and roadside bombs (IEDs). And due to the poor state of roads in Somalia, Al-Shabaab has taken the advantage to plant roadside bombs and landmines.

For Kenya, Mandera and Wajir have borne the brunt of the vice of the Islamist al-Shabaab in the year, data from several security agencies show.

On January 20, al-Shabaab militants attacked and destroyed a communication mast in Sarman, Mandera County. No one was injured.

In August, a gunman killed three police officers and a private security guard on a rampage in Tanzania’s city of Dar es Salaam on August 25, before being shot dead while holed up in a guardhouse at the French Embassy’s gate.

Uganda has also borne the terror burden, from Allied Democratic Forces (ADF), a group based in the Democratic Republic of Congo and linked to the self-proclaimed Islamic State. ADF increasingly carries out attacks in the name of IS after it pledged its allegiance to IS in 2019.

In November, suicide bombers targeted the Ugandan capital Kampala, killing at least four people and injuring more than 30 others. In October, a 20-year-old woman was killed after a device, left in a shopping bag, detonated in a restaurant in Kampala. Days later, several people were injured when a suicide bomber blew himself up in a bus near Kampala.