Al-Shabaab takes control of a town in central Somalia

Al-Shabaab has recently attacked the area and killed soldiers, including commanders serving in the Somali military. 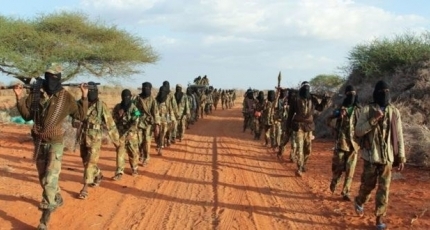 We were in a shock after having seen heavily armed Al-Shabaab militants swept into our town and lectured locals for hours for announcing their comeback," said a villager who spoke to Keydmedia English via phone on condition of anonymity.

The area lies in the Galgadud region of central Somalia has recently been the scene of clashes between government forces and Al-Shabaab militants. It is located about 60-km from Adado.

Al-Shabaab killed last week several Somali soldiers and commanders serving in the military during an attack against their base in the village, which has now fallen to the militant group.

Since the U.S. military suspended airstrikes, Al-Shabaab gained a chance to organize attacks and execute them in government-controlled areas due to the decline in military operations.