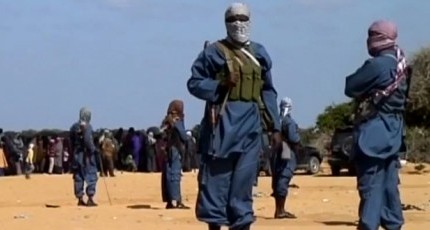 Fartun Abdinasir Jimale, 13 year-old, was publicly executed at a main square in Diinsoor town, Bay region  by a firing squad after she was found of spying for Somali Intelligence in the region, according to an Al shabab court judge who addressed crowds at the Execution site .

According to local anonymous sources who spoke to KON via phone, hundreds of local residents flocked to the execution site after they were forces do so by Al shabab fighters in pick-up trucks mounted in  loudspeakers throughout the town. Fartun was abducted by Al shabab members from Ufow town, says her father.

The Al Shabaab judge claimed "the teenage girl",  was trained by  Somali government intelligence in Hudur town— the capital of Hudur to spy on Al-Shababb controlled areas, especially in Dinsor city.

Witnesses who spoke to KON on condition of anonymity and observed the execution said:  "The execution against the young girl was full of tears and sorrow.  Fartun cried of help  before she was executed publicly."

Fartun, blindfolded and tied to a pole, was shot dead in front of the crowd by a firing squad of more than 10 militants. Al-Shabab also carries out executions in areas under its control for crimes such as spy, adultery and murder cases.

The horn of African country is split along clan and religious lines, with militant Islamist group al-Shabab controlling parts of the south and central regions despite facing an offensive from Somali and AMISOM troops.