Al-Shabab militants captured in an ambush

Six Al-Shabab militants were captured in an operation conducted in the Lower Shabelle region, according to Somali federal goverment security officials. 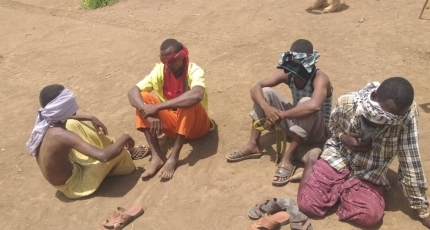 The Somali forces also burnt down buildings that the group used to hold prisoners, according to state media.

The officials did not specify the exact location of the place they raided saying it was solely an al-Shabab strong base somewhere in the Lower Shebelle region.

The government forces were also able to recover weapons mostly AK47 with bullets and other equipment fled by al-Shabab.

In Lower Shabelle, which borders the country’s capital has been the scene of battles between the Somali National Army and Al-Shabaab militants who want to oust the UN-backed government.