An explosion of child deaths is about to happen in the Horn of Africa, says Unicef

More than 1.7-million children in parts of Somalia, Ethiopia, and Kenya urgently need treatment for acute malnutrition, according to Unicef. 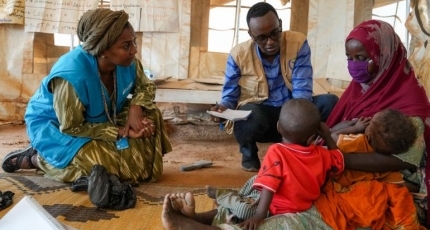 MOGADISHU, Somalia - A hunger crisis in the Horn of Africa region is intensifying, with the lives of hundreds of thousands of children at risk, the UN, aid agencies, and government officials have warned.

More than 1.7-million children in parts of Somalia, Ethiopia, and Kenya urgently need treatment for acute malnutrition, according to Unicef.

In Somalia, about 7.1-million people — almost half the population — will confront crisis-level food insecurity or worse until at least September 2022 and 213,000 of them face catastrophic hunger and starvation, according to the Famine Early Warning Systems Network (FEWS NET) and the Food Security and Nutrition Analysis Unit (FSNAU) of the UN’s Food and Agriculture Organisation (FAO).

Millions of head of cattle and crops have been lost due to climate change, with the Russia-Ukraine war and the Covid-19 worsening the crisis.