Galmudug state is facing numerous challenges, including political and security as a local armed Sufi group took arms to regain control of Galgadud. 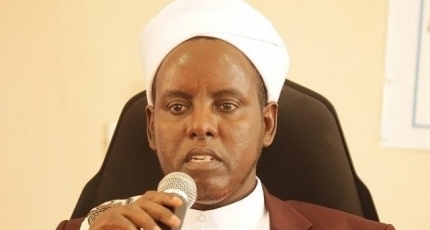 GURI'EL, Somalia - Ahlu Sunna Waljama'a (ASWJ) has accused the Somali government of failing in its fight against Al-Shabaab militants who are in control of several parts of the country for more than 10 years.

Sheikh Mohamed Shakir, a top ASWJ leader, said the government turns a blind eye to the war on the terror group, which led to failure to hold the elections in many parts of the country.

The remarks come hours after the Sufi militia seized control of Sinadhaqo and Labidule villages located in the Galmudug state without a battle in the latest territorial gains in days.

The captured areas were a battleground between Al-Shabaab and Galmudug forces for the past months and have been controlled by the Al-Qaeda-linked Islamists, according to locals.

ASWJ leaders made a shocking comeback last month after nearly two years in exile. Sheikh Shakir said they want to take control of the region then resume the fight against Al Shabaab.

The group is now in control of Guri'el, Eldher, Sinadhaqo, and Labidule with fears it will attack Galmudug capital Dhusamareb, where Somali government troops have been protecting.

ASWJ once controlled large swathes of territory in Galgadud since 2011 after driving out Al-Shabaab from Guri'el, Dhusamareb towns, and other strategic areas during bloody wars.