The attack comes as the city has recently elected its councillors and was preparing for parliamentary election in the coming days. 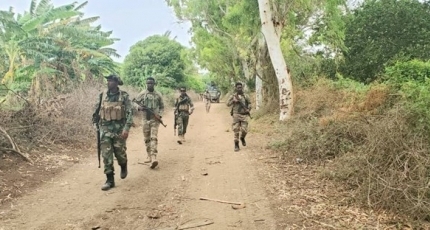 BARAWE, Somalia - Five people were killed on Sunday in an extremist attack on an airport in the Somali port city of Barawe, the latest in a series of insecurity incidents in the country.

Speaking to SNA radio, military chief Gen Odowa Yusuf Rage confirmed that the government forces have successfully repelled the raid on the airport after a fierce battle with the attackers.

The AMISOM troops in charge of the airport security helped the Somali army push back the militants. During the action, five militants have been shot dead on the spot, according to Rage.

The assault comes days after the city elected its councilors and was preparing to host the election of the upcoming Lower House vote set to kick off in Somalia in the next few weeks.

Barawe, where Al-Shabaab leader Ahmed Godane was killed in the U.S. airstrike in Sep 2014 fell to Somali and AU forces in the same year and has been hit by frequent ambush attacks.

The ancient port town is under the Al-Shabaab blockade and the only route to reach is through sea travel that costs a lot for the residents to do business and transport goods from Mogadishu.

Al-Shabaab controls rural areas near the city, where it orchestrates the hit-and-run attacks against Somali and AU military bases. Somali government failed to ensure the security of the town.