The attack happened in a remote area located about 40-Kms north of Mogadishu on Saturday. 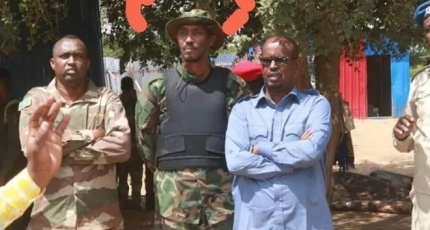 MOGADISHU, Somalia - A senior Somali military commander and his security guards were killed on Saturday in an explosion caused by a roadside bomb in the country's southern province of Middle Shabelle, a government official told KON.

The landmine has ripped through an army convoy in Gololey area near Bal'ad district, killing Gen Yasin Abdi Tohow and other soldiers on the spot, according to the military sources.

The wounded service members were evacuated and are receiving medical care.

Al-Shabaab, the Somali-based al-Qaeda-affiliated group, claimed responsibility for the attack, the latest in a surge of raids against Somali military bases in the south of the country.

Bal'ad city, located 30 kilometers north of the capital Mogadishu, was also the site of an intense battle between AU-backed Somali forces and the Al-Shabaab over the past years.

Despite series of defeats on the battlefields, Al-Shabaab continues to control large swathes of territory in the south and center of Somalia, and attacks from the group are frequent across the country, including in Mogadishu, which houses the government and western missions.