Briton among foreign jihadists sentenced to jail in Somalia

The top military court in Mogadishu announced on Thursday it has sentenced the two to 15 years for working with the Al-Shabaab terror group. 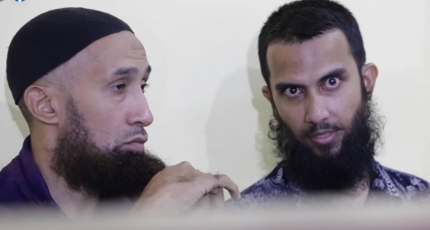 MOGADISHU, Somalia - A Somali military court on Thursday sentenced British and Malaysian citizens to 15 years in prison after they were found guilty of joining the Al-Shabaab group.

They are the first foreign jihadists to be slapped with punishment in Somalia for years, a court official said. Their capture and sentence dealt a major blow to Al-Shabaab operations.

After being captured in Puntland in April 2019, Daren Antonia, a British national, and Ahmed Mustaqim, a Malaysian were transferred to Mogadishu for trial. The court said the duo played role in terror attacks and took part in numerous battles in Somalia.

The top military court in Mogadishu announced on Thursday it has sentenced the two to 15 years for working with the Al-Shabaab, the Al-Qaeda-linked terror group in charge of the East Africa attacks.

The chairman of the first decree military court Col Shuute said the two extremists were also responsible for recruiting foreigners to join the group, who have been radicalized online.

The Briton was involved in an Al-Shabaab plan to carry out a terrorist attack in France that didn't bear fruits, according to the court. He told the security agencies that Al-Shabaab was trying to set base offices in West and Central Africa to facilitate its operations.

The court gave the duo 30 days to appeal, if they were not satisfied with the verdict. For failing this, they will spend 15 years in prison as punishment for their Al-Shabaab membership.