Avv. Dr. Abdulqadir “Tallman” — Somalia of today is in no condition to take another country to court. This country is too weak for that. Kenya is a friend of the west. It is a friend of Norway.
Warar Keydmedia Online
4 September 2014 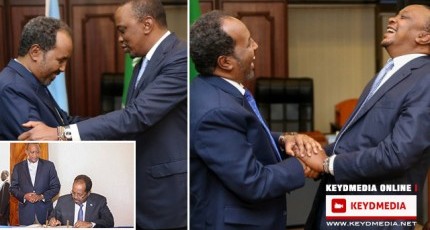 Involving Somalia in a lawsuit at this time is simply an attempt to donate the Somali sea to Kenya, in order to earn some Norwegian ‘cash present’.

Our leaders put two and two together. Selling the Somali sea to Kenya for several million dollars is a mouth-watering possibility, right now.

The Somali leaders know they have less than two years in office. They are trying to sell and ‘cash’ everything that is sale-able, before leaving office.

It is Norway that wants to exploit the proven oil reserves in the Somali sea. It is Norway that encourages Somalia to take Kenya to the ICJ in the Hague, which is a virtual Norwegian butchery.

It is Norway that wrote down the case for presentation before the court.

To wit, there was a petition written about this sea some time ago. The Somali president claimed the petition was written by Somalia.  Later on, Norway claimed it was the real author of the the petition.

Involving a weak Somalia ( so weak that it cannot write its own petitions, and even lies about the Norwegian 'help'), involving such a weak Somalia in a lawsuit, is like inviting a weak patient to a wrestling match.

Somalia is being taken to a Norwegian butcher-house.

I can only infer that those who are involving Somalia in such an unequal legal battle, plan and foresee the defeat of Somalia.  They must have been paid (or promised payment) for this service to Kenya and Norway. For this likely Somali loss.

You be the judge!

I want to point out that even if Somalia wins this lawsuit, those responsible will still bear criminal responsibility, for having put the Somali sea, with its proven oil resources,  in a reckless jeopardy. 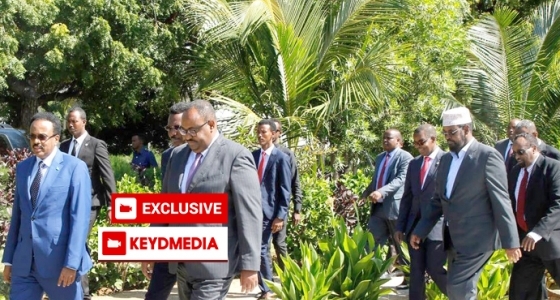