The children’s mother sustained wounds in the shelling while the father escaped unharmed, according to the local residents, who spoke to KON by phone after the fighting subsided early on Monday morning. 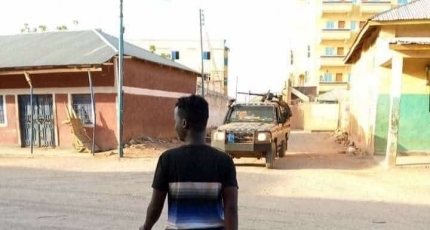 BELED-HAWO, Somalia - The death toll from ongoing fighting between the Somali army and Jubaland forces in Beled-Hawo town has risen to 11 and dozens of others injured, according to the local health official.

The city’s hospital director Dr. Mohamed Gomey has confirmed the casualties, saying 8 of the dead are children, including five from the same family who perished in a mortar shell that struck their house last night.

The children’s mother sustained wounds in the shelling while the father escaped unharmed, according to the local residents, who spoke to KON by phone after the fighting subsided early on Monday morning.

The number of the death toll could increase as 14 people are hospitalized, some with critical injuries. There has been no confirmation of the fatalities on the warring sides.

Latest reports from the border town indicate that a deputy police commissioner Mohamed Abdi Nur and some of his bodyguards were killed in the combat that also caused many people to flee their homes.

Dubbe accused Kenyan defense forces of participating in the fighting and called Jubaland forces “rebels” defeated in the region by Turkish-trained Haram-ad and Gorgor soldiers deployed to Gedo by planes from Mogadishu in 2020.

Although Farmajo has so far failed to wrest full control of the Gedo region from Jubaland forces since last year, sporadic fighting on Beled-Hawo city’s outskirts has left casualties on both sides.

Somalia has remained beset by turmoil since long-serving military leader Mohamed Siad Barre was ousted by clan warlords in 1991. His removal led to a bloody civil war in the Horn of Africa nation.