Djibouti's Finance Minister, Ilyas Muse Dawale responded to the allegations that Djibouti government is meddling into Somalia’s current affairs and sided with the neighboring Kenya, calling the allegations baseless. 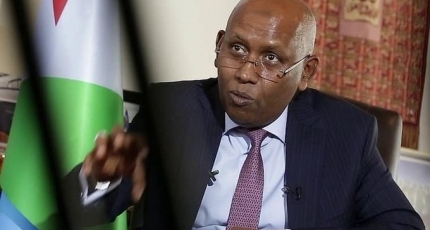 Dawale called the allegations inexcusable and that the Somali government has constantly reiterated to its baseless accusations disregarding the brotherhood relationship and the enduring ties between the two nations.

“We are very sorry for the Somali government to voice such claims continuously that government of Djibouti has a hidden agenda in the current political stalemate our brothers are facing,” said Dawale — adding that these allegations could trigger unintended consequences and cause to deteriorate the long-standing relationships.

“It tears the very long reputations the two countries owe to one another; disfiguring the state-building process we used to engage in over the last two decades to ensure stability and peace to see Somalia standing on its own feets — and that is why our soldiers are bleeding and dying for that restoration there,” he pointed out.

The denial of this accusation from Djibouti follows the remarks of the Somalia’s Information and Tourism Minister, Osman Dubbe who has warned of the two neighboring states - Kenya and Djibouti - to intervene the internal affairs of the country.

The bilateral ties between Djibouti and Mogadishu remained intense with Somalia blaming the Gelle administration for backing down the country’s intimate situation.