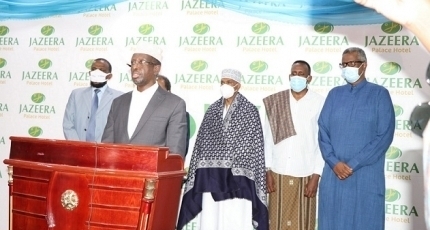 MOGADISHU, Somalia – The continuing delays in the elections threw Somalia into uncertainty about its future after Farmajo failed to work a peaceful transition of power at the end of his 4-year tenure in Feb.

It took almost four months to elect 54 Senate seats due to the lack of commitment by the Government and the Federal Member State who have no better cooperation on the electoral process.

It also led to insecurity and an increase in terrorist attacks in Mogadishu after leaders shifted their attention to the election with the armed forces’ morale going low and halted the war on Al-Shabaab.

Credible sources tell Keydmedia Online that the alliance of the opposition presidential candidates considers taking action against PM Roble’s government from Dec. if it fails to complete the election.

The opposition proposed to form a national transitional council to lead Somalia to an inclusive, free, and fair election. The Federal and regional leaders have lost public confidence due to the lack of an election.

In April this year, the opposition candidates led an uprising against the two-year illegal term extension by Farmajo that caused violence in Mogadishu the risked the country sliding back into a civil war.