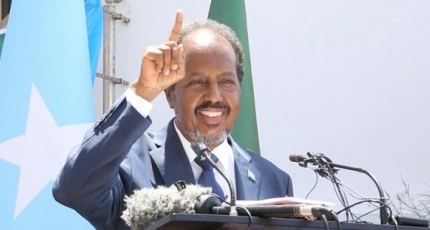 Speaking to the media in the capital on Monday, Mohamud urged the Somali leaders to work together in good faith and demonstrate the leadership required at completing the election.

I believe the electoral process can be finalized within the 40 days agreed by the National Consultative Council met in Mogadishu Jan 3-9, if the leaders act fast," he said.

The 8th president who is now leading an opposition alliance made up of 15 presidential candidates called for a swift, free and fair vote to avoid post-election violence in Somalia.

The international community has largely stood united behind all efforts to complete the parliamentary election that began in July 2021 and put pressure on leaders to end the delays.

Mohamud warned the leaders of the five Federal States against fraud and manipulation in the electoral process after Farmajo interfered with the first phase of the MPs' indirect election.