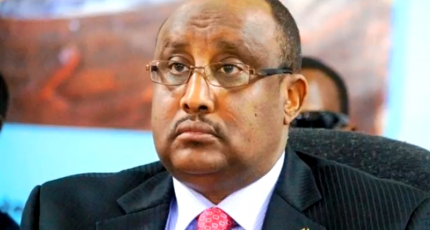 MOGADISHU, Somalia - Former Puntland President, Abdiwali Gaas spoke about the decision of the government to crack down and the use of forces against the opposition rally.

Gaas said that protest is a gesture that invites inclusiveness of all and assurance that they have to right to propagate their idea regardless of their clan and thoughts and that can be attained through practicing the right to assemble.

“The use of violence and oppression is absolutely unconstitutional and not just unwelcome and unbearable,” he said. “Unfortunately, we have had something we shouldn’t have in this time.”

The oppositions have the right to make non-violent protests just any other and that doesn’t mean they can be targeted just because they are demanding a fair and inclusive election, ex-leader pinpointed.

Last week, the government has launched a clampdown on an opposition protest in Mogadishu that blew over into direct confrontation between the two sides claiming the lives of at least 5 people.

The opposition candidates announced they will hold further rallies in Mogadishu on Friday, February 26, and vowed to continue the uprising until Farmajo walks out of Villa Somalia.