The political crisis soared after Farmajo extended his mandate by two more years after a vote by the parliament which saw a stiff rejection from the opposition candidates who organized an armed revolt. 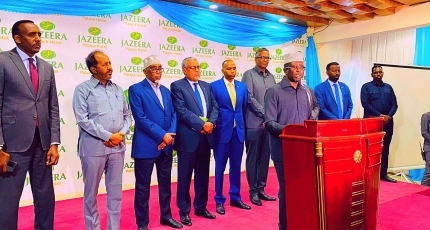 MOGADISHU, Somalia - Much of the international community’s focus has been on Somalia for past months after its election turned the real source of unrest in the long-chaotic Horn of Africa nation.

Somalia has faced a constitutional vacuum when the sitting leader failed to hold a timely and peaceful election at the end of his four-year turbulence presidency in February this year to pick a successor.

The political crisis soared after Farmajo extended his mandate by two more years after a vote by the parliament which saw a stiff rejection from the opposition candidates who organized an armed revolt.

After weeks of violence and standoff around the presidential palace in Mogadishu in April, Farmajo was forced to disown the extension and hand over the election and security responsibility to his PM in May.

The PM – Mohamed Hussein Roble, a political novice has made his best and worked around the clock to organize free and fair elections in Somalia but fell short to deliver on his promises for an inclusive vote.

On Thursday, Dec 9, the main opposition alliance issued a statement calling to suspend the ongoing Lower House election, citing a lack of transparency and fair competition for the chamber’s 275 seats.

They urged the PM to convene for an urgent consultative forum bringing together all stakeholders, including the Government, regional states, civil society, the international community, and the opposition.

The meeting will seek an address to the errors in the election and review the elected seats that saw massive corruption and complaints by some of the candidates denied access to take part in the contest.

Somalia was set to elect a new president in February 2021 but missed the deadline and then the vote has been delayed two more times in this year alone due to the political deadlock.