Farah Abdulkadir: Who is the new ‘kingmaker’ named education minister?

He served as Minister of Justice and Constitutional Affairs of Somalia between 2014 and 2015 during the first term of Hassan Sheikh Mohamud. 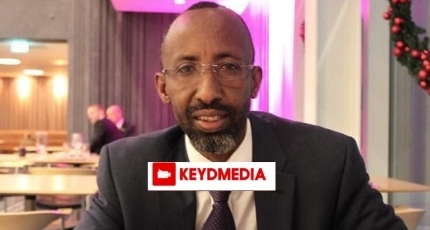 MOGADISHU, Somalia - Farah Abdulkadir is a prominent politician in Somalia. He is credited for playing a role in the establishment of several educational institutions during the civil war.

He was born in the Hiran region, central Somalia in the 1960s and hails from the Reer Aw-Hassan clan. After finishing high school in Somalia, he went to Pakistan for university education in 1987.

Farah is a co-founder of Simad University in Mogadishu. Following many years of working in the educational field, he joined politics after his close friend Hassan Sheikh became president in 2012.

The first public office he landed was State Minister of presidential affairs and served from 2012 to 2014 and was promoted to Minister of Justice during the first term of Hassan Sheikh Mohamud.

He and his comrade Mohamud belong to a Political party named The Union for Peace and Development Party (UPD) established in 2011, one year before they won the leadership of Somalia.

After Farmajo defeated Mohamud in the 2017 election, Farah Abdulkadir's light dimmed and he has been absent from the political arena for the past five years. He has now made a comeback.

On Tuesday, Abdulkadir appeared on the cabinet list announced by PM Hamza Abdi Barre. He was named as minister of education. Many see him as the new 'kingmaker', replacing Fahad Yasin.

Fahad Yasin, ex-NISA director and security advisor to Farmajo was in power in the previous government. Yasin is from the same clan of Farah Abdulkadir who is the right-hand man of Hassan Sheikh.