The deployment of the police came after the door to negotiate with renegade General Abukar Warsame Hud closed during the latest efforts by the Federal Interior Minister Mukhtar Hussein Afrah in the town. 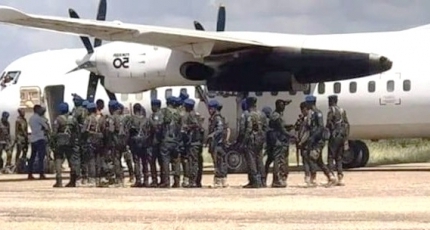 Four planes carrying the government troops sent from Mogadishu landed at Ugas Khalif airport as tension brewing up between the new HirShabelle admin and a militia leader based on the city’s outskirts.

The deployment of the police came after the door to negotiate with renegade General Abukar Warsame Hud closed during the latest efforts by the Federal Interior Minister Mukhtar Hussein Afrah in the town.

Now, the government seems to have opted for an offensive against the rebellious leader with support from local clans who decided to establish a separate state after being denied their rights.

They believe the Federal government of Somalia and the HirShabelle state have been captured by special interests and no longer cares about and respects the will of the people in the Hiran region.

Their defiance resulted from a regional election held in Jowhar in November 2020 that won by the Villa Somalia-backed candidate Ali Gudlawe as HirShabelle president, violating the clan power-sharing system.

The Mogadishu-based administration led by Farmajo has not yet commented on the motive behind the police deployment which comes amidst a political crisis in Somalia with leaders in gridlock over the election.

Last year, the government had sent the notorious Haram’ad police units to Gedo on a mission to capture towns from Jubaland state ahead of the planned election for MPs in the regional capital Garbaharey.

Opposition presidential candidates in Mogadishu have warned Farmajo against using security forces for political gain, oppress and harass civilians, calling for the force to be used to fight against Al-Shabaab. 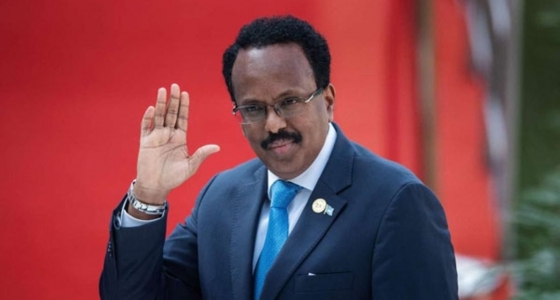