Farmajo's non-compromise policy is to blame for the current uncertainty situation in the country, said MP Abdirashid Hidig who attended the failed Dhusamareb meeting. 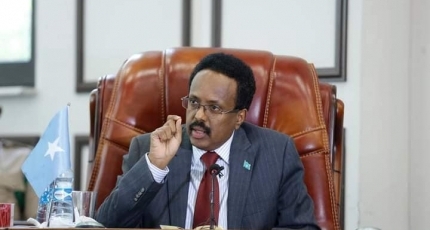 MOGADISHU, Somalia - President Farmajo, who has a four-year-term ending in two days has failed to deliver a timely and inclusive election in Somalia in 2020-2021.

The president rejected to make any concessions during a 3-day meeting in Dhusamareb with regional leaders which the country’s Information minister Osman Dubbe announced ended in failure last night.

In his Saturday’s address to the parliament, Farmajo said the door to election talks had closed, asking the House to play a role in defusing the tension.

One of the main points of dispute that led to the breakdown of the three-day talks is the Gedo election, which is being contested by the clans of Farmajo and Jubaland president Ahmed Madobe.

Farmajo's non-compromise policy is to blame for the current uncertainty situation in the country, said MP Abdirashid Hidig who attended the failed Dhusamareb meeting.

Sources tell KON that Farmajo inner circles are plotting term extension by the parliament as MPs were given bribes to vote for the planned motion allowing the incumbent to remain in office beyond 2021.

A large amount of cash was withdrawn from the central bank last night to bribe lawmakers and fulfill the president’s term extension, added the sources within Villa Somalia.

Farmajo and Madobe blamed each other for the failure of the election talks which was the latest hope for Somali people to eyeing a better future and peaceful transition of power.