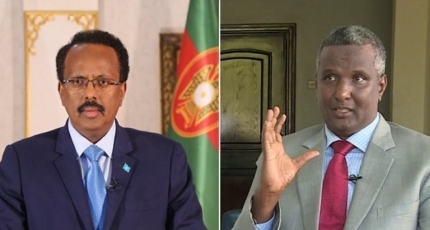 MOGADISHU, Somalia - In response to the US demand for an immediate election, the outgoing President, Mohamed Abdullahi Farmajo has called for a dialogue to end the poll talks.

Following his call, opposition candidate Abdirahman Abdishkaur said Farmajo has no constitutional right to convene a meeting and invite regional leaders since his term has ended on 8 February.

“To cover up for his failure during his presidency, Farmajo is calling for election talks to answer the pressure by the U.S.,” said the Wadajir party candidate.

Farmaajo invited regional leaders to attend a conference shortly after the U.S. Secretary of State Antony Blinken said that he is deeply concerned by the ongoing electoral impasse in Somalia.

The top United States diplomat said the deadlock in Somalia over the upcoming elections is creating political uncertainty that threatens security, stability, and development in the country.

Villa Somalia, however, insists that the outgoing president will host the meeting on March 22 in Mogadishu which providing further details on the venue.