The opposition candidates have expressed concerns over the electoral fraud and lack of transparency of the voting process in the Lower House election. 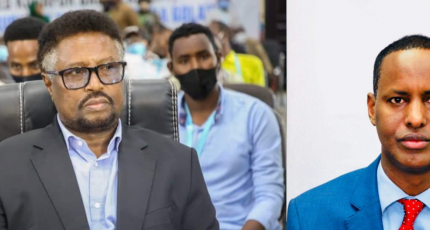 MOGADISHU, Somalia  - Somalia is holding the longest electoral process in the world after the country failed to pick a new parliament in one year due to an endless political crisis.

The slow-moving process saw the election of nearly 20 MPs out of the 275 seats of the House. Three of the five States - HirShabelle, Puntland, and Jubbaland are yet to begin the election.

On Saturday, two Farmajo loyalists were re-elected to the Lower House for the second term from Dhusamareb and Baidoa. They are Mursal, ex-parliament speaker, and Abdishakur Mire.

Mire is a close relative to Farmajo and he was among the lawmakers who have been unconditionally supporting the current regime which is trying to remain in power for a new 4-year tenure.

Mursal was elected in Baidoa while Mire in Dhusamareb. Both join other MPs succeeded the re-election with the help of Farmajo, who is blamed for fraud and manipulating the election.