Somalia's President whose term expired orders the central bank not to release $9.6M in 'illicit' UAE money that was seized from the United Arab Emirates (UAE) in 2018. 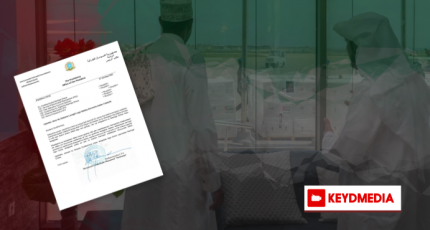 "H.E @M_Farmaajo President of the Federal Republic of Somalia, orders Governor of the Central Bank @CBSsomalia against releasing illicit money, 9.6M USD which was seized by our gallant Somali Security forces to any entity which seeks claim, due to its illegal entry into our nation," the presidential palace Communications Director Abdirashid Mohamed Hashi said on Twitter.

It came hours after Prime Minister Mohamed Hussein Roble publicly apologized to the UAE for the seizure and announced his government will give the money back.

"A new dawn of normalizing relations. After a period of cold relations, Somalia & UAE are now on a progressive path to solve their differences & resume the brotherly ties between the 2 countries. PM Mohamed Hussien Roble tells that Somalia will give back to UAE the seized cash in 2018," said government spokesman Mohamed Ibrahim Moalimuu.

That announcement comes after Roble received 55 tons of aid from the UAE at the Mogadishu airport.

The money has been at the central bank and it led Somalia’s diplomatic relations with the Gulf country to further deteriorate.

The UAE closed a military facility and a hospital in Mogadishu after the diplomatic dispute.

Somalia accused the UAE several times of instigating chaos in the African country.

In March 2018, the lower house of Somalia’s parliament banned a UAE state-owned ports operator, DP World, from the Horn of Africa country, declaring it a threat to Somalia’s sovereignty, independence and unity.