The move comes days after the parliament has passed a controversial extension term bill. 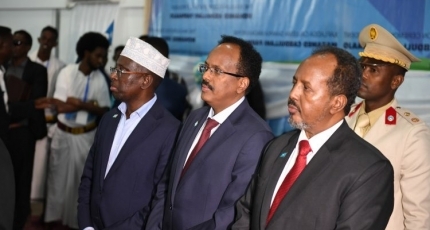 A series of meetings have been taking place in Mogadishu in the past few days, with Galmudug and HirShabelle leaders are making mediation on behalf of Farmajo who wants to meet with the opposition.

Farmajo is facing internal and external pressure after parliament granted him a two-year unconstitutional extension on April 12 amid an early warning that such a move could lead the country into conflict.

Reports say the opposition candidates, including former presidents, have rejected Farmajo's request for the meeting due to the lack of confidence between the stakeholders in the Horn of Africa nation.

The outgoing leader has been accused of being responsible for all current political crises in the country since his administration failed to prepare an election before his mandate expires.