The Horn of Africa country is in the worst political crisis over the elections and the murder of the senior NISA female official Ikran Tahlil Farah. 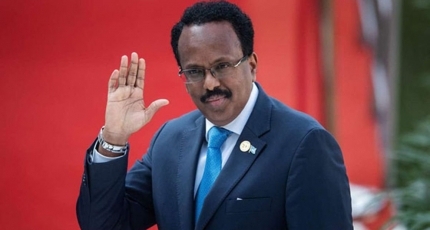 MOGADISHU, Somalia - The outgoing Somali president Mohamed Abdullahi Farmajo will travel to Ethiopia Monday for the first time since the start of his political feud with the PM in August.

Sources at Villa Somalia confirmed to Keydmedia English that Farmajo will attend the inauguration of the Ethiopian PM Abiy Ahmed for a second five-year term on Monday in Addis Ababa.

Farmajo will be accompanied on his Monday morning Ethiopia trip by senior officials, including his controversial national security advisor Fahad Yasin and key members of Villa Somalia staff.

The Horn of Africa country is in the worst political crisis over the elections and the alleged murder of the senior NISA female official Ikran Tahlil Farah within the intelligence agency this year.

Since 2018, Farmajo is a close friend of Abiy Ahmed and Eritrea's dictator Isaias Afwerki, who formed an East Africa alliance to cooperate on how to stay in power beyond their mandates.

Prime Minister Abiy Ahmed secured another term in office following the victory of Ethiopia’s governing Prosperity Party in the country’s parliamentary election of June 21 of this year 2021.

Abiy Ahmed's election victory was marred by fighting in Tigray, which resulted in three regions not holding the voting exercise, including the Somali Regional State due to insecurity.