All member states, Except Ethiopia, have welcomed the AU role in mediation. They also agreed on the need for a high-level official to be appointed for mediation. 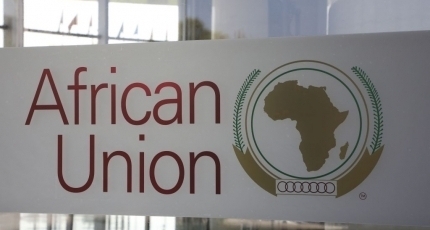 MOGADISHU, Somalia - The African Union has strongly condemned the unilateral decision by Somalia's Lower House chamber of parliament to extend illegally the mandate of Farmajo by two more years.

During a special meeting on the current political crisis in Somalia, the members of the African Union Peace and Security Council (PSC), except Ethiopia rejected Farmajo's term extension, saying the move is inherently undemocratic and contrary to AU principles.

Kenya and Djibouti warned the extension could trigger a civil war in Somalia and will destabilize the entire East African region which has already been facing numerous challenges, including the Al-Shabaab threat.

The African Union is expected to launch a mediation in Somalia to find a  lasting solution to the ongoing electoral stalemate. They also agreed on the need for a high-level official to be appointed for the arbitrary.

Ernest Bai Koroma, former Sierra Leone president is on the table to lead the AU panel as suggested by Nigeria and Ghana while Farmajo lobbied for Hailemariam Desalegn, former Ethiopian PM or an Eritrean official.

On Thursday, the Somali government has warned interference in the AU communique by Kenya and Djibouti amid strained relations between the neighboring Horn of Africa countries.

Farmajo's term extension faced rejection both at home and abroad with the US, UK and EU threatened sanctions and visa restrictions if leaders fail to return to the electoral talks.