Father of Ikran breaks silence on death of his daughter

The senior intelligence female officer has been abducted on June 26 of this year from her house near the heavily fortified NISA's HQs in Mogadishu. 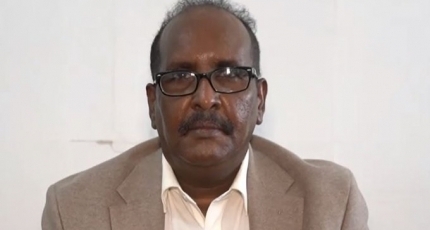 MOGADISHU, Somalia - The father of the slain NISA female officer Ikran Tahlil has broken his silence on the death of his daughter whose case has created a political uproar in Somalia.

Speaking to Universal TV, Dr. Tahliil Farah, who is based in London described it as "unacceptable" that his daughter's death was behind Al-Shabaab, saying he believes that Ikran is alive and still in NISA custody.

The bereaved father accused outgoing Somali President Mohamed Farmajo of obstructing justice for Ikran after shielding the NISA officials accused of being involved in his daughter's murder.

"It is extremely impressive that the president of the country remained silent for more than two months in the disappearance of my daughter and has turned a deaf ear to the distress calls of Ikran's mother, her family, and the public at large to find justice for the girl, ”said Dr. Tahliil.

He has urged Farmajo to stop attempts to obstruct PM's efforts to ensure justice for his daughter as the family dislodged a lawsuit in the military court to prosecute those behind the killing.

The former immediate NISA boss Fahad Yasin and his deputy Abdullahi Kulane are the main suspects in the murder of the spy agent who had been working under their command since 2017.

Continuing, Dr. Tahlil made it clear that his family would never negotiate for justice for their daughter and could only be satisfied by a court ruling. He asked for the prosecution of the killers.

"I assure the public that we are not ready to take blood money, even if it is billions of USD. We want the murderers to be subjected to the punishment they deserve in the law," he added.

The senior intelligence female officer who has been NISA's cybersecurity expert was abducted on June 26 of this year from her house near the heavily fortified NISA's HQs in Mogadishu.

The case caused the worst political deadlock between the outgoing president and PM Roble. Fahad Yasin, who was accused of the murder became the president's national security advsor.