There are reports of casualties the two encountered during the fighting with many others reported to have fled before being caught in the firing lines. 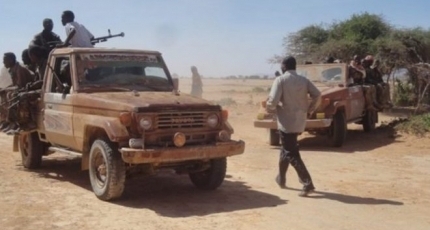 MOGADISHU, Somalia -- The Federal Government of Somalia has appealed to an end to clan-based hostilities in the central region of Hiran which have resulted in a number of casualties in recent days.

The Ministry of Interior Affairs and Reconciliation of the Federal Government has called for peace and con-existence for those related clans who fought in some parts of Beledweyne, the capital of the region.

In a statement, the Ministry has urged the elders, the ulama, and other civil society groups including youth and traders to join in and get involved in ways to put an end to the fighting alongside the administration of Hirshabelle and the federal government.

“We call an immediate cessation of the hostility without pre-conditions and normalize the situations and smell the fragrance of peace once again,” reads the statement.

There are reports of casualties the two encountered during the fighting with many others reported to have fled before being caught in the firing lines.

The Hirshabelle and the Hiran regional administration have failed to calm the situation or force the warring factions to cease the fight.